As well as recent experiments with social distancing design, the architectural world has been experimenting with innovative materials. In fact, many of these materials are not new, but are natural materials that have been used in construction for thousands of years. Their revival marks an exciting new epoch which pairs modern insight with traditional knowledge and craftsmanship.

The driving force behind changing materials is the realisation that two of our most essential construction materials – concrete and steel – have an enormous carbon footprint. These materials are both energy intensive and polluting. Concrete in particular is the second most widely used material on earth, second only to water, but is estimated to be responsible for 4-8% of the world’s total CO2 emissions, mainly due to the energy required to produce the material.

From housing foundations to the concrete core of the modern skyscraper (which is generally paired with a steel frame), our built environment has become dependent on materials that have a huge environmental impact. This is why a new generation of architects are pioneering a different approach to structural materials – the revival of wood.

The most famous example is probably bamboo. As well as its strength bamboo is favoured for its extremely fast growth rate with some varieties growing up to 1 metre per day. From UN promotion of bamboo to boost African economies to architectural projects around the world, it’s no surprise that the global bamboo economy is now estimated to value $60 billion dollars a year. 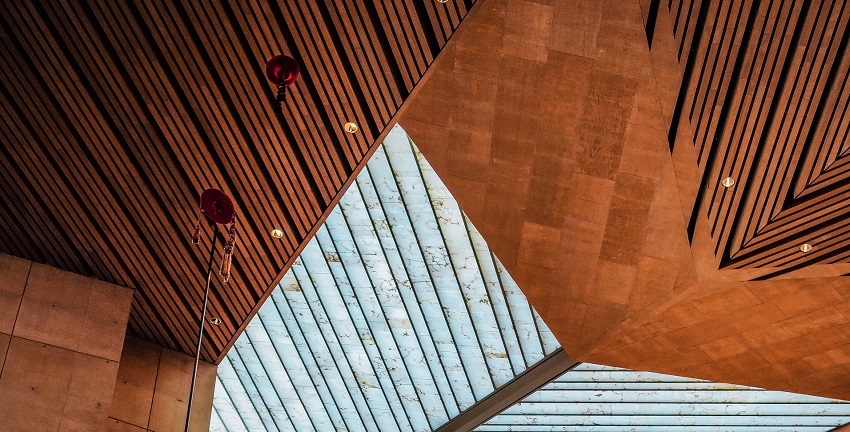 Perhaps less well-known is the resurgence of timber. Now praised for its carbon capturing abilities, in the UK, timber framed houses were outlawed one year after the Great Fire of London in 1666. Over the last 10-15 years however new innovations have led to heavy timber products hitting the market, the most well-known of which is cross-laminated timber (CLT). Using these materials, experts from Arup are confident we can create structurally-sound tall buildings, even for highly seismic zones. The industry is also confident that properly constructed and treated materials are sufficiently flame retardant.

The Mayor of New York last year announced plans to crack down on glass and steel skyscrapers as part of the city’s Green New Deal. France has plans to ensure all new public buildings are made from at least 50% wood or other natural materials. Meanwhile, the competition is on for the world’s tallest “plyscraper”. Norway was recently crowned King with the completion of a 85.4m wooden tower though Tokyo threatens to blow them out of the water with a planned 350m giant.

In 2017 the UK held the title for the world’s largest CLT building with Dalston Lane but the Grenfell Fire of that same year has made timber the subject of much debate. Whilst Grenfell Tower was not a timber building, the UK government is now proceeding cautiously with construction materials; some reports indicate there may be new restrictions on the “timber building boom” over concerns about fire risks. With ambitious ideas for a “Greener Shard” – the proposed Oakwood Tower in the City of London – developers are now testing the water to see if London is ready to embrace this wooden revival.

Discover London as a sustainable city with an Insider London Green Tour, as we chat all things eco.