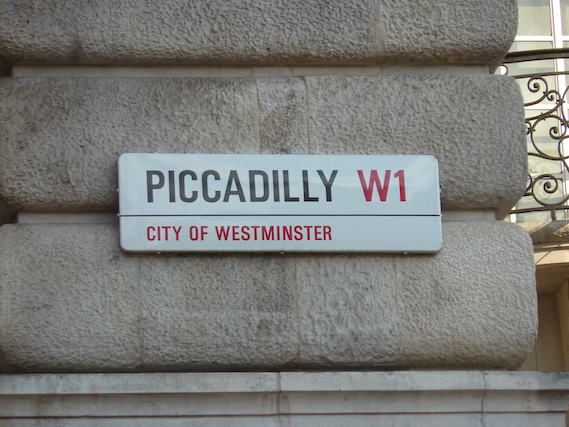 Simple and effective, The Westminster street sign we all know and love. Image Credit: Zachlain

One of the enduring joys of London is that it has never been a planned city. While the metropolis at present seems to be in perpetual flux, some things never change. It is for this reason that you see The Gherkin skyscraper overlooking the 14th-century St Andrew Undershaft church, or – if standing in the right place – the London Eye over the heart of imperial London. Each juxtaposition leaves a marked effect on the intricate tapestry of London and its urban fabric. There are many smaller but no less interesting contrasts to be found around us at street level. Street signs, for example are often overlooked beyond their function of giving an address or location, but are essential in recording the history of our streets, as well as enhancing the public realm. Street signs come in many different forms, from stone dividers, to ceramic tiles through to the standard enamel signs mounted onto walls or at street level, but the most symbolic design is that of Sir Misha Black’s 1967 signs for newly created City of Westminster Borough. The red and black design has since become synonymous with Westminster and famous worldwide; leading Westminster Council to secure the copyright for the iconic signs, ensuring that only licensed name plates can be displayed. 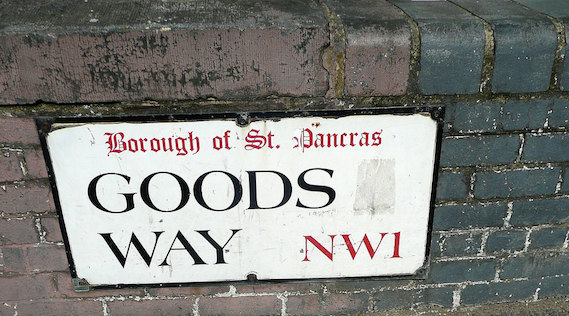 A relic from the past. Image Credit: Flickr EZTD

At times, on closer inspection you see the name of an unfamiliar London Borough, such as The London Borough of Holborn, Finsbury or St Pancras. These boroughs date from the County of London, 1889 to 1965. In 1900, 28 metropolitan boroughs were created, many of which were amalgamated on the creation of Greater London in 1965 to form the larger Boroughs we know today. Although obsolete, many survive in Central and Inner London, specifically in conservation areas surrounding landmarks and historic streets such as Shaftesbury Avenue, Kingsway and etc. These vintage signs compliment and enhance the surrounding areas. Along with defunct town halls, street signs record the legacy and identity of the former boroughs, with a font and style harking from a different era.

The Victorians and Edwardians chose robust letterforms and long lasting materials for their signs, using two colours and sizes of Univers Bold Condensed to create a clear hierarchy of information. Created from stove enamelled steel, their 25mm size gives a significant presence whatever the background material. 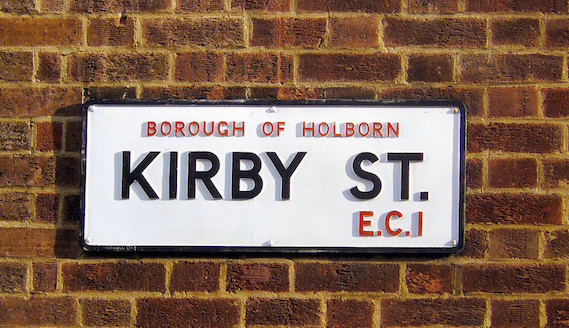 Many signs were replaced over the decades in various boroughs, perhaps to express a new identity and progress associated with the new boroughs, or more recently, to include the Borough’s corporate logo. It should be pointed out that some signs are not the originals, but were replaced recently with new signs containing the old borough font. Many boroughs adopted a new typeface for their street name signs called Octavian, originally designed specifically for use on road signs. The new typeface features narrower letters than classical fonts and a heavier weight without appearing overbearing. This makes the font a preferred choice when replicas of original signs are not possible.

Newer signs are often made of a cheap and synthetic material, not unlike fibreboard with a glossy laminated surface. Compare this to the older cast iron or cast aluminium sign and the difference in quality is palpable. Older signs also use steel with raised letters that last longer and need far less maintenance. 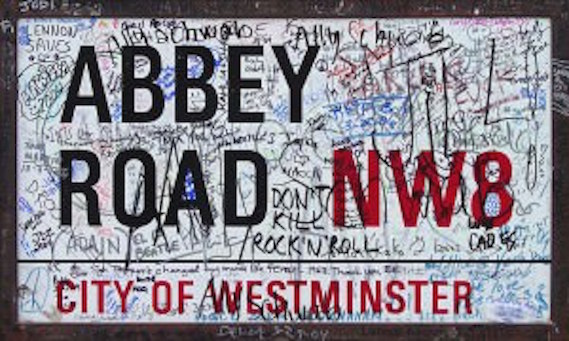 Some boroughs use their own logos, mostly outside of conservation areas and in residential areas. The addition of logos increases the surface area of a sign and makes them more likely to attract graffiti. A traditional sign has a street name in one rather than two lines, whereas newer signs tend to use two to fit in the logo, adding unnecessary clutter. Using a corporate identity can also be problematic: street name signs should last forever, whereas corporate identities are changed at regular intervals. The most successful use of a logo is The City of London’s historic crest, dating from the 14th century. It features a dragon’s wing bearing the cross of St George on a peer’s helm and is repeated throughout The City of London. 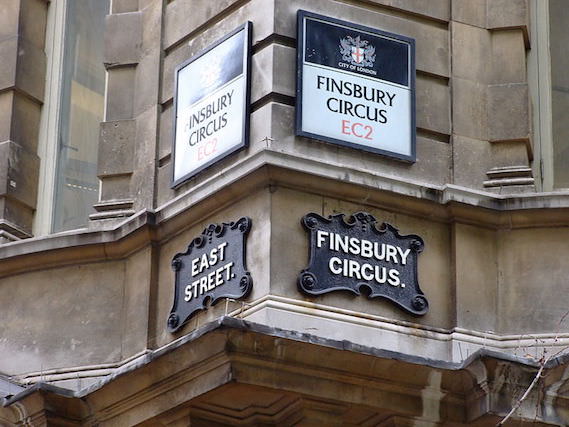 A good use of an historic crest in the City of London, regardless of how old the sign is. Image Credit: Flickr: Den99

The extant vintage signs also record the history of our roads. For example, the sign for Tower Bridge Road, on the south-west corner of Tower Bridge, reminds us that the landmark was both part of the historic Borough of Bermondsey and the A100 road. In the 1920s, The Ministry of Transport used a system of letters and numbers to designate roads that were exceptionally busy as useful way for motorists to navigate the road system. This hotchpotch of signage and styles, especially where more than one example is used in one location might be messy and confusing to some, but it presents an exciting lack of uniformity that represents London as a wider city, a cacophony of history and contemporary that rarely fails to excite.