When we talk about innovation and tech in the UK, we tend to only look at London and the famous ‘silicon roundabout’. As the country’s capital and (by far) largest city, that is fully understandable. Just by sheer size, London easily outperforms any other city in the UK. However, if you account for population differences, suddenly it drops out even from the top 20. Read on, and find out about the top 5 tech cities in the UK that successfully punch above their weight.

While some people consider Norfolk to be the UK’s rural Eastern outskirts, its capital Norwich packs some serious tech weight. With a population of only 145,000, it came in 5th on our list – mainly due to its strength in tech manufacturing, virtual reality and artificial intelligence.

Notable companies include AI chatbot developer ubisend, online wine retailer Naked Wines, and the award winning AI platform Rainbird. With the Cambridge Norwich Tech Corridor in the making, this city’s progression in the next years is definitely something to watch. 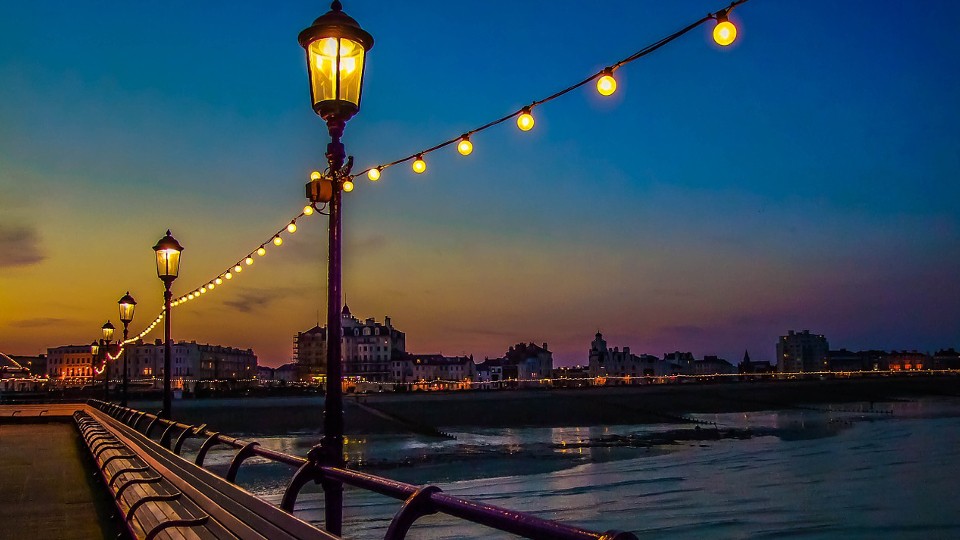 Only an hour on the train from central London, Brighton is a famous seaside retreat with an active nightlife and arts scene. However, it’s more than just a city escape: there’s some serious tech going on. With fast growing tech companies like Brandwatch, which grew about 50% annually over the past three years, or Crunch, as well as successful conventions like the Brighton Digital Festival, there is loads going on. So next time you visit the Brighton Pier, be on the lookout for tech – there might be more than meets the eye. 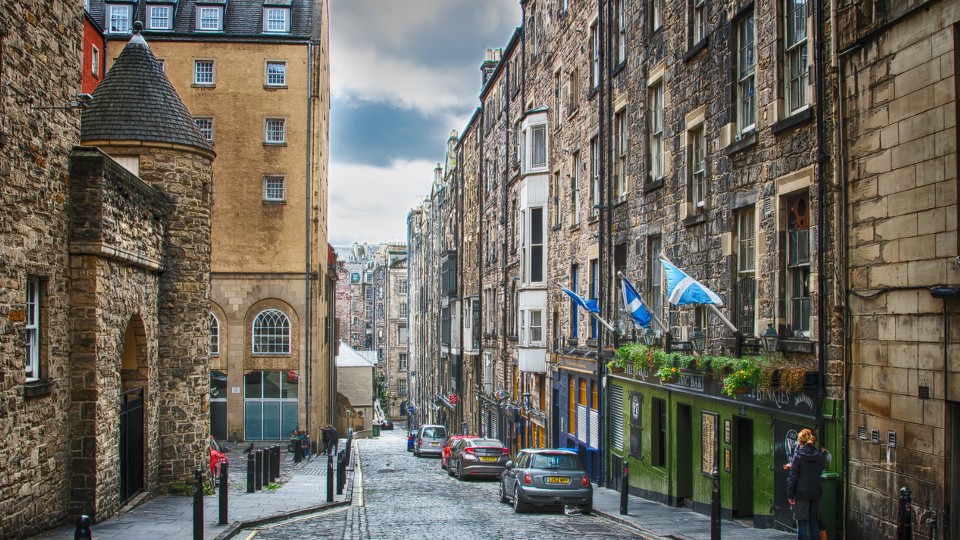 Scotland’s capital has been one of the main drivers of innovation and entrepreneurship in the UK for quite a while now. In 2016, it won the Entrepreneurial City of the Year Award, and the UK Tech Innovation Index puts it second after London in overall output. It is also home to the UK’s largest tech incubator Codebase as well as well-known early-day start-ups like Skyscanner and Fanduel. Both sold for more than $1 million in 2016, gaining them the much acclaimed ‘unicorn’ status. TechNation puts Edinburgh’s annual turnover growth at 85%, and with all that momentum, we can definitely expect more to come from this historic city. 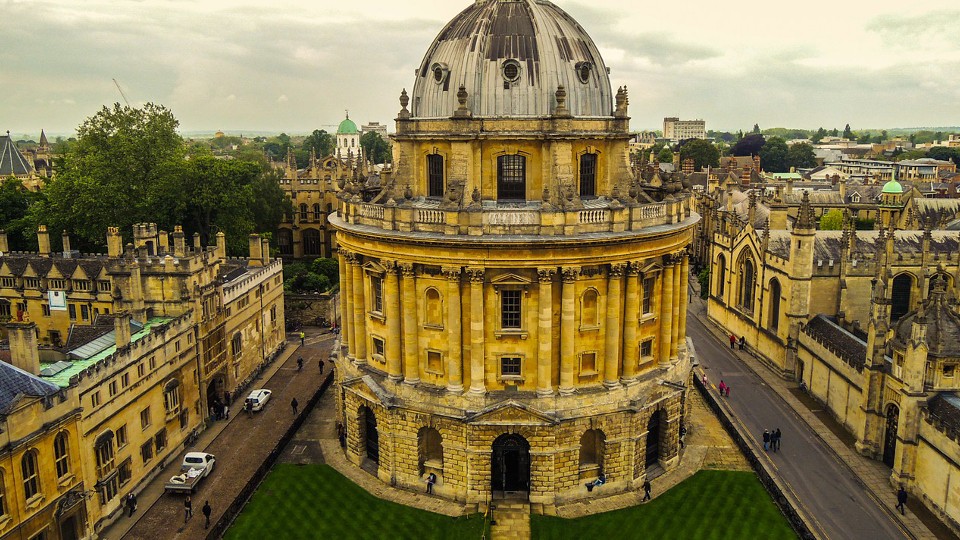 On the top of our list, we find the famous Oxbridge duo. With their two world leading universities, it’s no wonder they lead the board when looking at output per capita. While the two contestants for 1st place lie comfortably ahead of the others, they are battling hard to be the UK’s number one tech cluster.

2nd place on our list: Oxford. While in Edinburgh, Brighton and Norwich roughly 5% of jobs are digital (~3% in London), in Oxford it’s 16%! From established companies such as digital security firm Sophos to well-known game developer Rebellion to drone based reforestation start-up BioCarbon Engineering, Oxford has numerous notable tech companies. According to Wired, Oxford also “has Europe’s largest entrepreneurial society with over 10,000 members”, and Google/Alphabet’s DeepMind is quite well rooted within Oxford University. The battle for 1st place will continue. 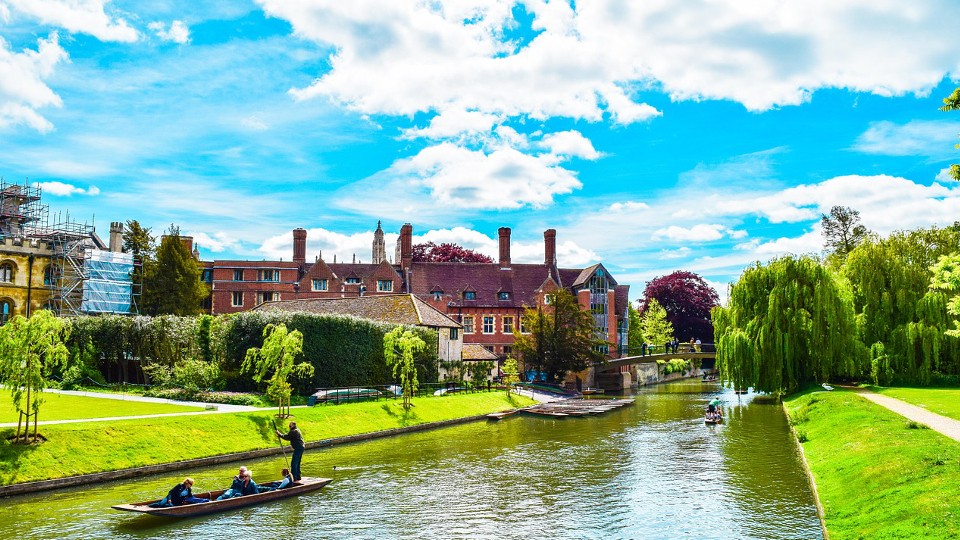 And the winner is: Cambridge. Long before the dotcom-bubble, the university town produced some of the UK’s most successful tech businesses. Most recently, Cambridge-based chip designer ARM sold for £24 billion, and Autonomy sold for £8 billion. Although they are not start-ups anymore by a long stretch, they indicate how powerful the tech industry in Cambridge is, contributing to a whopping 22% of jobs in the cluster. Even the number of patent applications is impressive: 341 patent applications on 100,000 residents, compared to 80 in Oxford and 21 in London.

One of the major factors in Cambridge’s tech success are the numerous experienced organisations that help students and entrepreneurs to innovate and start successful businesses. Aforementioned Autonomy, for example, came out of St. John’s Innovation Centre, and Cambridge Science Park just opened the Bradfield Centre, which houses over 600 entrepreneurs, resident coaches and mentors. So even with Oxford on its heels, Cambridge will not give up 1st place without a fight.

These are our top 5 tech cities that are punching far above their weight class.

Upon reading this, one could get the impression that London’s days are counted. Well – not so much. Based on the UK Tech Innovation Index, London is outperforming all of those five combined, single-handedly:

The proximity to government and finance (FinTech!), the very good infrastructure, and London’s historical and cultural appeal are still its greatest assets. Large companies based in London are investing a lot into London’s start-up environment (eg Think Rise by Barclays, or Wayra by O2 Telefonica), and successful angel-investors are creating incubators and accelerators like Innovation Warehouse to help start-ups grow successfully.

Other cities are catching up, though, encouraged by government and passionate entrepreneurs who want to spend less on a decent quality of life. This is a healthy development – and interesting at that! So, stay tuned for their development.

If you’re interested to learn about London’s epicentre of modern start-up culture, check out our Silicon Roundabout and Tech City Tour or our East End Retail Design Tour. We can also arrange in-depth business visits to some of London’s most interesting businesses, incubators and accelerators.*

*To find out more about the finance sector, which drives much of London’s success, check out our London Finance Tour and our Canary Wharf Finance Tour

PS: A word on how we measured

As a reference, we used the measurements from the UK Tech Innovation Index, published by Open Data Institute Leeds (ODILeeds) and Innovate UK. We then divided these results by the number of residents of the respective areas. To get a clearer picture, we scaled these ratios to London, meaning London’s output per capita was 1. The scores for the top five were:

If you have any further questions, contact us at contact@insiderlondon.com.