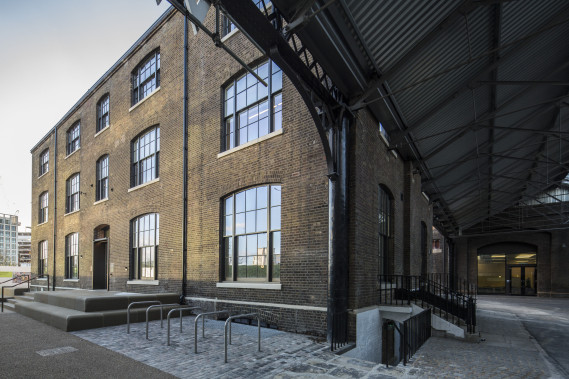 House of Illustration: Once a hub for trains, now a hub for illustration!  Image Credit: John Sturrock

It is somewhat ironic that the ‘House’ of Illustration has had a fairly nomadic history, operating within various London arts venues without a place to call home. Now having finally found a permanent home in Kings Cross’ Granary Square, it joins St Martins University in London’s newest arts hub at the heart of the Kings Cross regeneration project. One of the world’s premier gallery and education spaces dedicated to illustration, they aim to spread the joy of illustration through a schedule of varied exhibitions, fairs, talks, workshops and education programme, and with any luck, inspire a new generation of budding illustrators! We spoke to exhibitions manager Olivia Ahmad to find out more.

Tell us a bit about the history of The House of Illustration and what it sets out to do.

House of Illustration was established in 2002. The original idea came from a group of illustrators, including Quentin Blake. Quentin has a remarkable archive that spans his whole career, from his first published illustration (produced when he was just sixteen) to his current work.  It includes published work, rough artwork, correspondence and personal projects. It was thought by Quentin and his contemporaries that this work needed a home, somewhere it could be enjoyed by the public.One thought led to another, and eventually the idea for House of Illustration emerged; it would be a place that celebrated the work of lots of illustrators, both historic and contemporary. There are a small number of fantastic public spaces dedicated to illustration in the world, often to individuals or particular fields, such as picture books and cartoons.  House of Illustration aims to represent the full breadth of the discipline through our changing exhibitions, events and workshops. 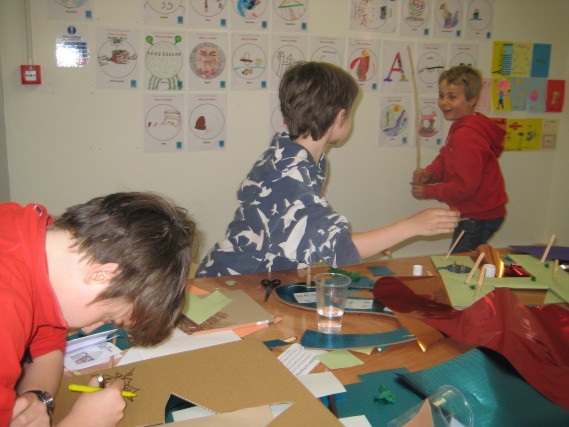 We do a walking tour based around the regeneration of the Kings’s Cross area. Why did the House of Illustration choose Kings Cross as its permanent home as opposed to an established location such as Shoreditch or Soho?

The redevelopment of Kings Cross is an ambitious project.  The area is now home to many dynamic and creative organisations, as well as vibrant and welcoming public spaces.  We think that House of Illustration fits with both of these aspects!

Have there been any teething problems or challenges?

Opening a new public building represents many challenges!  But what we have found is that there has been a real appetite for an institution that celebrates illustration, and many people have been really generous in helping us to overcome them to open our doors. 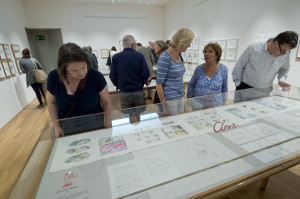 What was the former use of the building?

2 Granary Square was designed by Lewis Cubitt in 1850.  It originally served as railway office.  It suffered severe bomb damage during the Second World War, and was refurbished in the 1980s, and then again in 2014 for its new life as home to House of Illustration and The Art Fund. 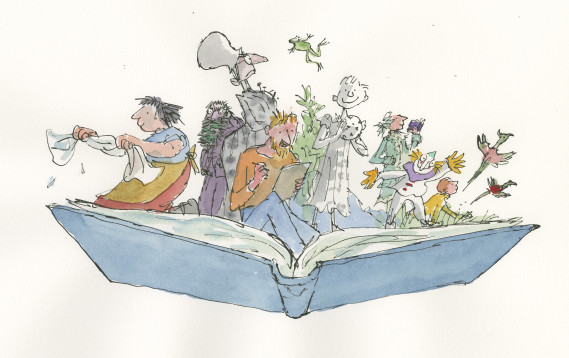 Your inaugural exhibition is Quentin Blake: Inside stories, why did you choose him as your first artist and who do you have in mind for future exhibitions?

Quentin’s archive was the catalyst for establishing the House of Illustration project in 2002, and so we are beginning our new phase as a public gallery with his work too. Quentin is one of the world’s best-loved illustrators, and perhaps also one of the most prolific!  An exhibition on Quentin’s work allows us to look at illustration from a range of angles, as he has dealt with a broad range of subject matter-from Roald Dahl’s The Twits to Voltaire’s Candide. Our next exhibition will be Paula Rego/Honoré Daumier: Scandals, Gossip and Other Stories, an exhibition that first opened at Casa das Histórias Paula Rego in Portugal.  The exhibition explores the way that the two artists have used printmaking to bring their views, histories and political perspectives to a broad audience.

Education manager Emily Jost, also filled us in on the House of Illustration’s education and outreach programmes.

House of Illustration has been delivering illustrator led outreach projects in London primary schools for the last 4.5 years. Illustration is a powerful-yet underused cross-curricular learning tool for children of all abilities, and our projects have supported literacy, science, geography, history and of course, art and design. From September, we have a new outreach project called Let’s Illustrate! Which places an illustrator in a school for three days to deliver a choice of four literacy projects. In house, we will be offering schools the opportunity to view the exhibitions and take part in an illustration workshop. We have family illustration workshops on the last saturday of the month. All of our workshops are led by professional illustrators, and enable participants to learn new skills, gain confidence in visual literacy and produce outcomes of which they can be proud.

Thanks Emily and Olivia!

The House of Illustration is based at 2 Granary Square, Kings Cross, London, N1C 4BH, open 10am-18:00pm Tuesday to Sunday. Their current exhibition Quentin Blake: Inside Stories runs until 2 November 2014.