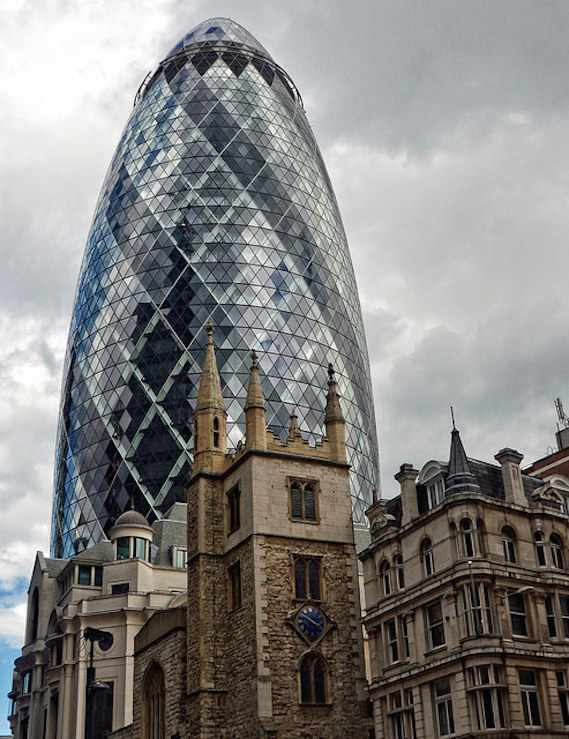 The Gherkin In All Its Glory. Image Credit: Duncan via Flickr

30 St Mary Axe, or The Gherkin as it is popularly known, is one of London’s most well known skyscrapers. Cool as a cucumber and uniquely shaped, it has earned itself a coveted place in the hearts of Londoners and amongst the enduring icons of Buckingham Palace, The London Eye, St Paul’s and Big Ben as one of London’s great buildings. But how well do you know the building? Insider London brings you ten great facts about The Gherkin. 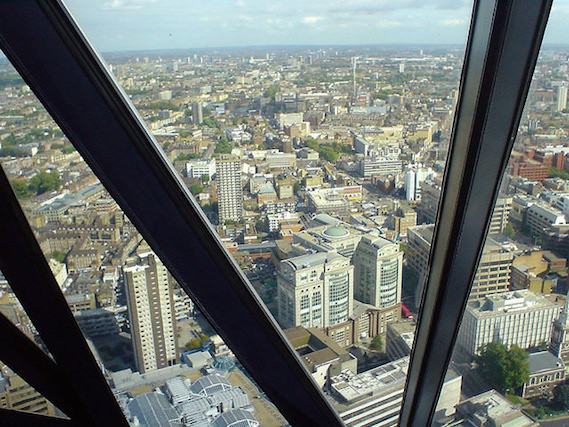 6 metres per second to get up here. Image Credit: Diamond Geezer

Its high powered lifts are capable of transporting 378 people at a time, at speeds of 6m per second. Charlie can keep his glass elevator, thank you very much! 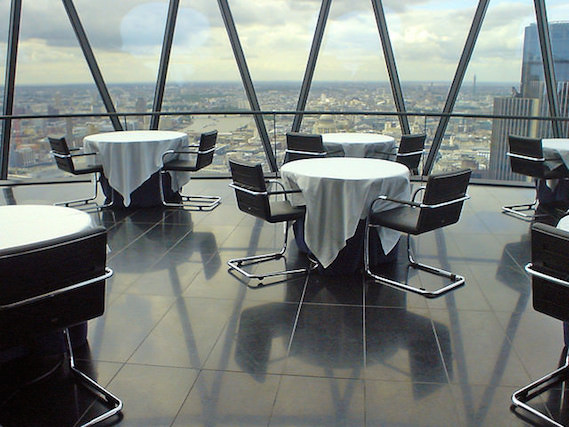 One of London’s highest lounge bar and restaurant is situated at the top of the building, which at a lofty 180 metres is higher than any of The Shard’s or 20 Fenchurch Street’s offerings. Sadly they are open only for tenants and their guests.

3. In a Premier League Of Its Own 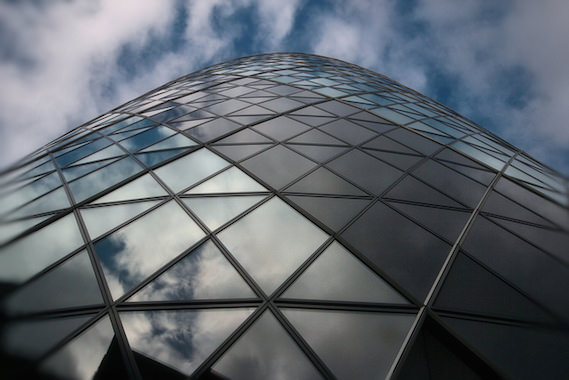 The Gherkin is covered by 24,000 sq metres of external glass or the equivalent of five football pitches. The Gherkin: 1. Bog standard London building: 0.

4. Taking On The Mountains 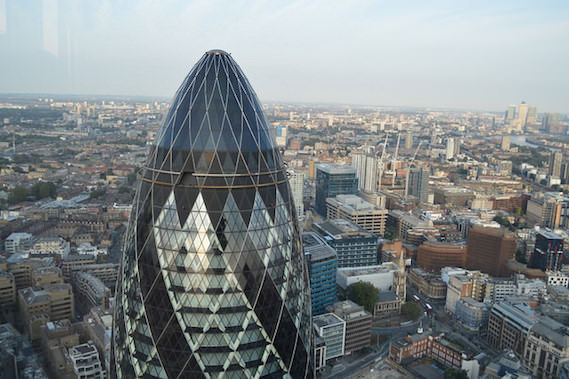 The Gherkin is over three times the height of Niagara Falls. Water feat! 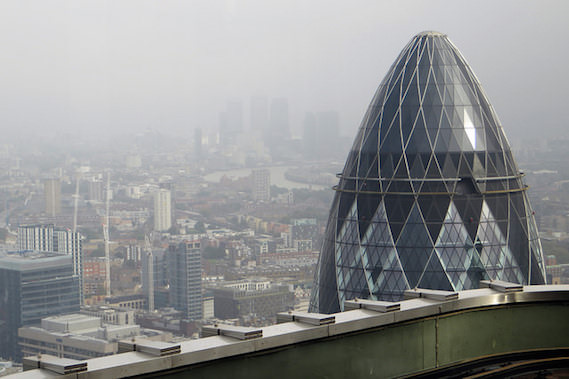 The largest circumference of the Gherkin is only two metres less than the building’s height. 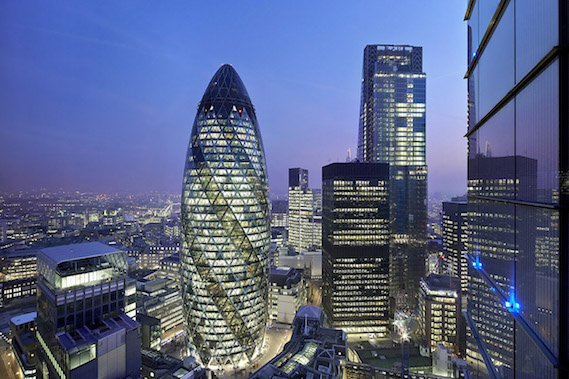 It’’’s a Long Way Down. Image Credit: Hufton and Crow

In April 2005 a large window popped out of the skyscraper and fell 28 storeys to the ground, prompting rigorous checks and questioning the sustainable credentials of the tower. A right pickle. (For more skyscraper mishaps, click here)

7. All About That Base 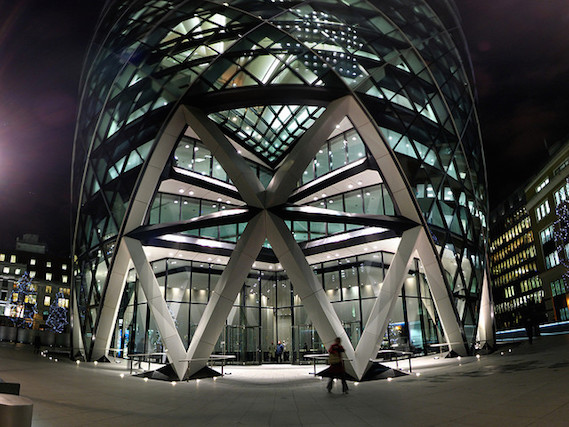 The grave of a young Roman girl was discovered during the early stages of construction. The girl was preserved at The Museum of London while the building was constructed and then re-buried at the base of the tower on completion. To other skyscrapers of London, does your base have a Roman remains buried? Nope, thought not. Gherkin wins again!

8. Not Just a Pretty Facade 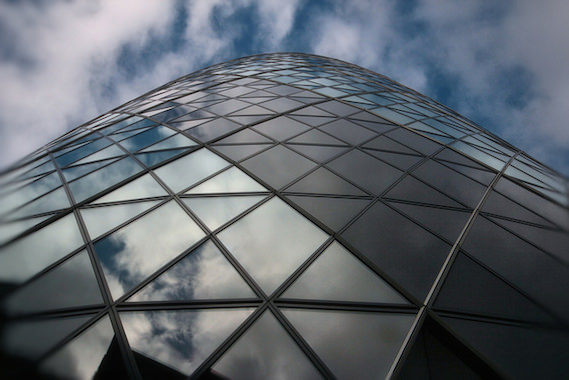 Up close and Personal. Image Credit: Simon & His Camera

As well as looking pretty sweet, the swirling striped pattern visible on the exterior has a structural point to it too, the result of the building’s energy-saving system, which allows air to flow up through spiraling wells. 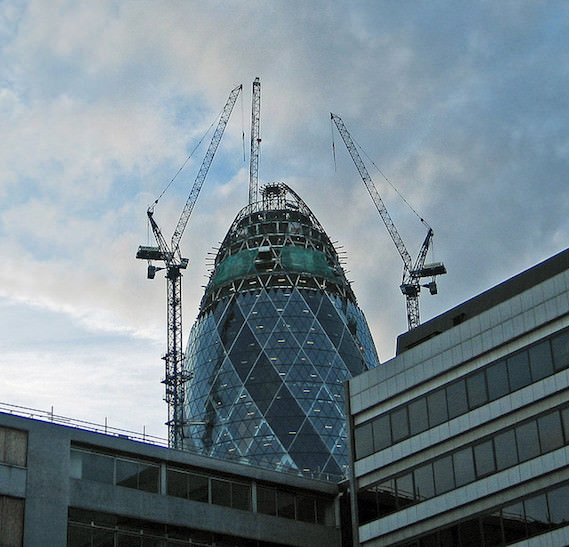 Over 35km of steel was used to construct the Gherkin. 10 years later, we’re steel impressed! 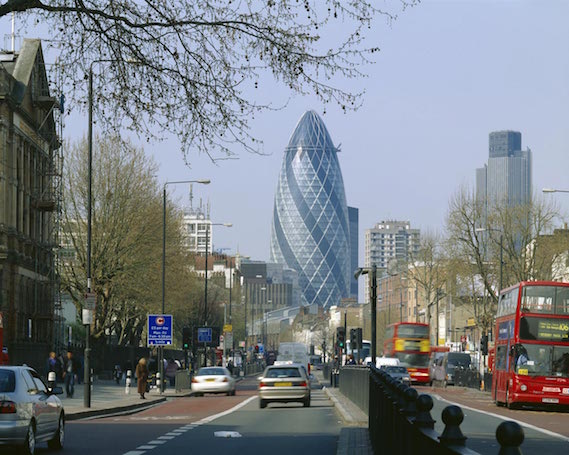 Us Londoners aren’t the only ones fond of The Gherkin – its unique and bold design has won it many awards including the Stirling Prize, the London Region Award, and the Emporis Skyscraper Award.

Want to know more? Why not come on one of Insider London’s Modern Architecture tours?