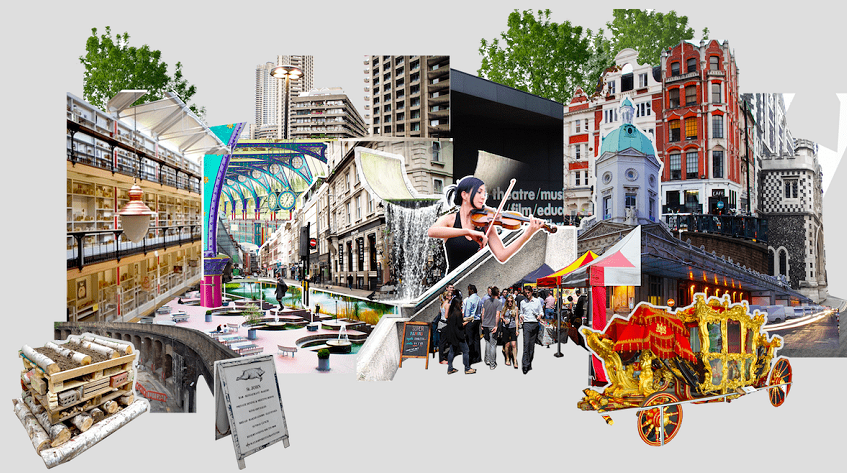 As the Square Mile remains one of London’s most deserted areas with office workers failing to return, the Culture Mile represents a new vision for the North-West of the area.

The Culture Mile is a regeneration project with a difference – not based on bulldozing and redeveloping but based on modernising and enhancing (an area that is already extremely prosperous) through arts and culture. This Culture Mile is therefore led by different actors and has vastly different goals to more well-known London regeneration projects.

The Culture Mile is a partnership between five leading institutions which are predominantly arts and culture focused- the London Symphony Orchestra, Barbican, Museum of London, Guildhall School of Music and Drama and the Corporation of London. The designated area is just under a mile in length and stretches from Farringdon to Moorgate. Through promotion of the pre-existing institutions and the creation of temporary festivals and activities, the Culture Mile aims to become a vibrant day trip destination.

The location is important – not only is the Culture Mile in the heart of Zone 1 and specifically in the very wealthy City of London, but the connections are only set to improve. Upgrades to the Thameslink service mean Farringdon is in direct reach of three London airports, as well as being on the Crossrail route. As the only station in London to have both a North-South and an East-West connection, some predict that Farringdon will become one of the busiest stations in the UK. 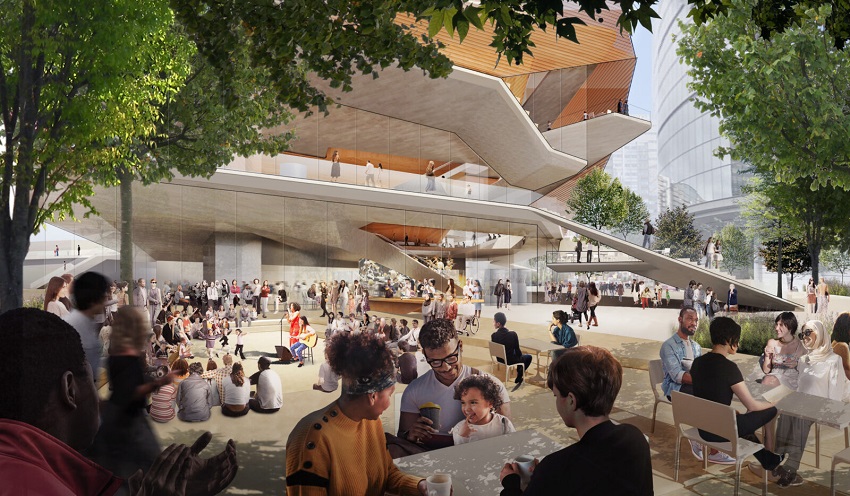 The Centre for Music,Architects Journal

The Museum of London will be moving from its current site at London Wall to the Grade-listed market buildings at West Smithfields. The hopes is that the 2021 move will help the museum become more connected to the surrounding streets and breathe new life into the beautiful Victorian market. The current Museum of London site will become the Centre for Music – a new world class concert hall for a variety of music genres. The contemporary design boasts views of the striking London skyline including a close view of St Pauls Cathedral. During 2020, the London Symphony Orchestra has celebrated this skyline and amazing architecture through two short films commissioned by the Culture Mile, which features classical museums at London Wall Place and on the 34th floor of 100 Bishopsgate.

Aside from big institutions and venues, the Culture Mile also encompasses major improvements to the streets and surrounding public realm. In particular, the City of London Corporation asserts that “Beech Street… will become a crucial axis for Culture Mile. The City of London Corporation is assessing how best to transform Beech Street, to make it a more welcoming environment, particularly for pedestrians and cyclists, including new measures to improve air quality, introducing retail units and providing better access to the existing cultural destinations either side of it. There will be consultation on the proposals to achieve these aims.”

Discover the many dimensions of the City of London on a City Finance Tour today - or delve deeper into London’s great regeneration projects at Kings Cross, Canary Wharf or the Olympic Park.