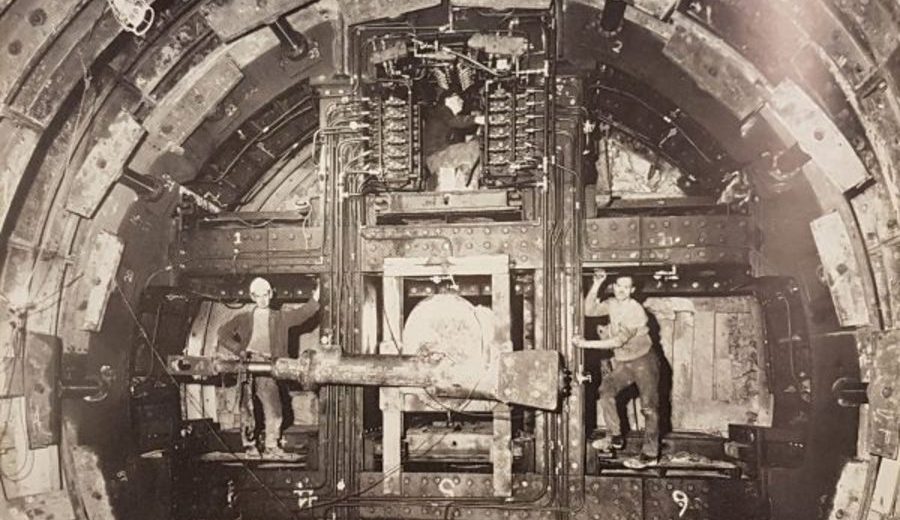 On the drawing board for 18 years, the Victoria Line was opened by Queen Elizabeth II in 1969, with the first part of the line opened a year previously. It aimed to relieve congestion at main termini Victoria, Euston and Kings Cross/St Pancras and to bring the underground to a new part of London, the North East. Fiercely practical, the construction of the Victoria line was an engineering marvel. A station leaflet from the epoch described “one of the most complicated engineering projects London has ever known”.

The first new line since before World War I caused a stir from the onset, with flashbulbs and television cameras rolling as the first pneumaticc drills began to bury into London’s mysterious underworld. 25 holes were drilled in 18 days, each 3 feet in diameter and up to 50 feet deep. Dodging a maze of pipes and conduits, in some places men worked just 2 feet 6 inches under the road surface.

BBC commentators at the time described the workers as - “the men carrying buildings on their shoulders”. More accurate perhaps would be the men with pipes on their heads, drains under their feet and tube tunnels shooting round all sides. The interweaving of this new artery through London’s ancient foundations, and the maze of other lines was particularly tricky at Kings Cross, though Tottenham had its fair share of complications.

London clay is an ideal materiel for digging but only self-supporting for a very short period of time. In Tottenham, the ground was also so wet that even in a heatwave 500 cubic yards of the ground had to be frozen so that the workmen could excavate and line an escalator shaft. Across the line, high air pressure sealed off the tunnels until the work was done – particularly in soggy Euston.

Most famous of all the construction techniques employed though was the steel girder erected over the Oxford Circus interchange. Weighing 85 tons, the structure was erected over the top of the interchange to carry traffic 4 ways and allow construction to continue below as traffic passed ahead. The truly remarkable aspect of the umbrella was its construction in just 65 hours, over the May bank holiday. To achieve this the work was split into six 12-hour shifts, each shift having about 70 men. The construction was so efficient, they even finished early! 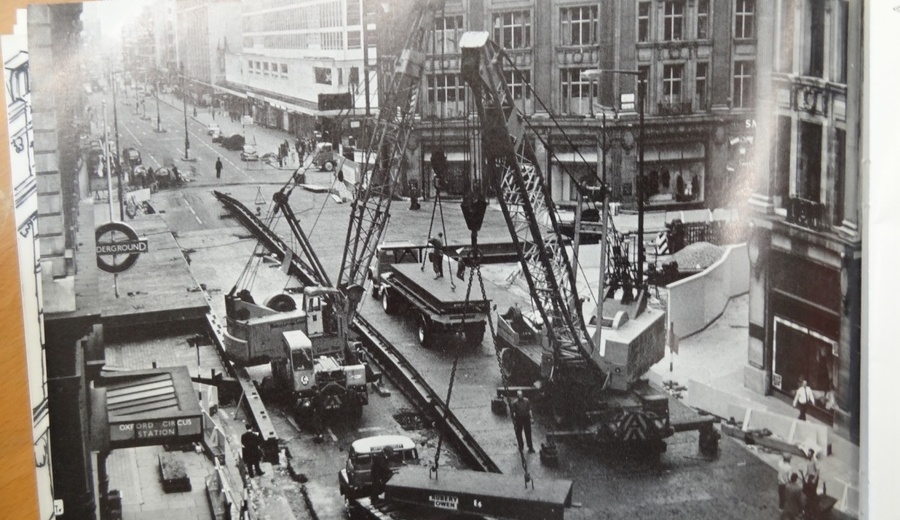 Still the fastest of the 11 lines and running 36 trains an hour, the Victoria line is good enough for royalty. At the 1969 opening of the Warren Street extension, Queen Elizabeth became the first reigning monarch to ride the tube.

Why not join our regular London Underground Tour? Come and discover the original construction methods of the first lines as well as the exciting history of the world’s first underground railway.