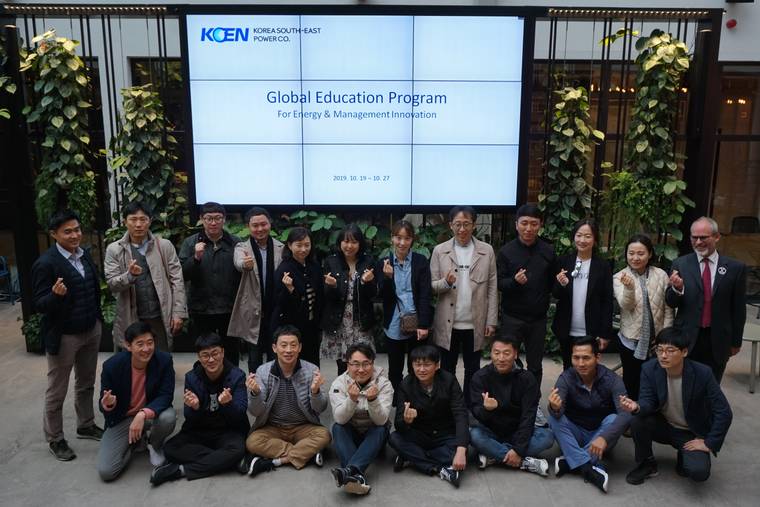 This year the UK celebrates the first year since the industrial revolution that more power has come from renewables than fossil fuels . Summer saw the opening of Scotland’s largest off-shore wind farm whilst the world’s largest offshore wind farm opened in 2018 off the coast of Cumbria. The UK government has implemented a temporary ban on fracking amid safety concerns whilst the profile of district heating systems continues to rise.

IL: Can you explain a bit about your background in sustainability? I understand that you have been very involved both in the Biofuelwatch campaign and the Transitions Town movement.

DL: I grew up in the 70s, oil crisis, 3-day week etc, when we learnt much that we need to know about what the future will bring in terms of energy depletion. I drew the peak oil curve for myself. What happens when exponentially increasing demand curve for a finite energy (oil) resource crosses with the down-curve of possible supply? We either rethink the way we do everything or fight for the scraps. I began to understand climate change in the late 90s and became a full-time activist in 2006. I was involved in direct action but also set up Transition Town Brixton to harness the genius of the community to imagine, plan and pioneer a better low-carbon future. We invented the Brixton Pound, the Remakery, Brixton Energy, Incredible Edible Lambeth and more. Having worked for Biofuelwatch for 6 years, warning about bio-energy, the false solution to energy depletion and climate change, I was happy to return to my solutionist roots to work for Community Energy England. 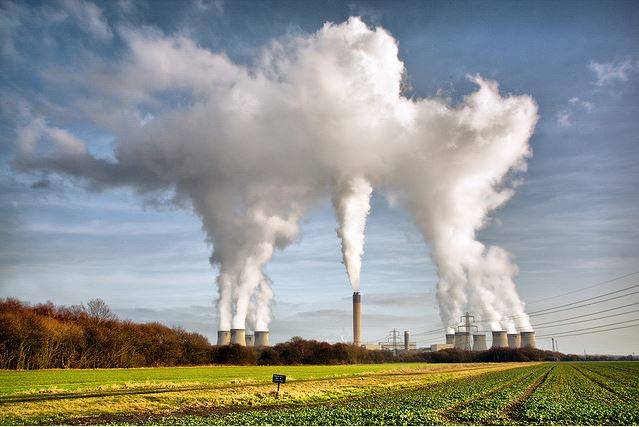 The past - Duncan Law

IL: Community Energy England is a pretty unique organisation - can you explain a bit about what it does?

DL: CEE is the voice and connector of the community energy groups in England. These groups are working to put people at the centre of the energy system, creating locally owned renewable energy, solutions to fuel poverty and lots of other community benefits along the way. It is like an industry association (of which each sector has one). It represents a sector that is transparently part of the solution - engaging people in how energy is used and produced - but over the last 5 years it has been consistently thwarted by government removing all support for it. I work on policy and advocacy, working towards government to try and get a supportive environment for community energy to thrive, and towards local and regional government to get them to work with community energy to meet national and local Climate Emergency Declaration targets.   IL: There currently seems to be a big push for district energy systems in the UK. When did this start and why do you think they are on the rise?

DL: The future of energy is local, smart, flexible, zero-carbon, renewable and preferably locally owned and controlled. The old centralised model of big power stations burning fossil fuels and biomass (trees) at 20-50% efficiency must be urgently phased out. Generating nearer end use is more efficient and renewables are now the cheapest form of generation even before environmental costs of burning are accounted for. The government declared a coal phase-out by 2025. We need to move away from gas and not build any more expensive, inflexible, dangerous nuclear. So, we need many different renewables which will complement each other and smart local grid management to smooth out the peaks in demand. And yes, we will need some back-up, but this can increasingly come from local storage and balancing operations.

Community energy began to really scale from 2010 with the availability of subsidies to enable the energy transition. The government vision in 2015 was for 1 million homes to be powered by community energy by 2020. This could have happened, but we currently have only 64,000.

Decarbonising heat is a huge challenge. It must first be addressed by ‘needing less heat’ i.e. insulating our buildings - a huge and difficult task - and focussing on energy conservation and efficiency. District heat is common in large parts of Europe and brings benefits but still requires large amounts of heat input. The vision for the future included using waste heat, electrification using heat-pumps, using ‘green gas’ (so called) and hydrogen. There is no defined pathway. But you can reduce the heat losses in an old house by 1/3 for little more than £100 of ‘draught-busting’ measures. We can do that, now! 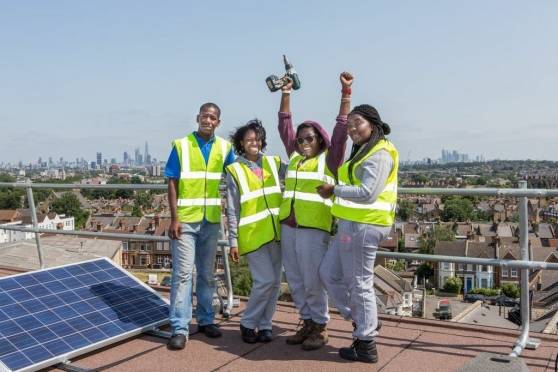 IL: So overall, how do you envisage the future of the UK energy system?

DL: Community energy is everywhere, generating from a wide portfolio of local sources, making use of local waste stream including of low-grade heat. Democratisation has joined Decentralisation, Decarbonisation and Digitalisation as key energy priorities. It is no longer a niche activity, but community transport and building-retrofit and new build organisations work closely together. Buildings are well insulated, warm in winter and cool in summer. Local smart solutions enable an efficient, fair, low carbon energy system. Most of the big centralised generators are closed or only function occasionally as back-up. People are more actively involved in energy. Transport is electrified but there are many fewer vehicles on the road. Public transport is properly funded, efficient, joined up and well used. Community energy is helping power it. Local is where it’s at - government is more effective, more participatory, co-designing and delivering integrated holistic solutions with the community.

To find out more about government policy, community energy systems, community participation and sustainable future pathways, get in touch via contact@insiderlondon.com to book your in-depth company visit. We have the privilege to partner with CEE as well as other pioneering sustainable organisations in consultancy, biotechnology and more!

Looking to find out more? Check out our Sustainable Architecture Tour.