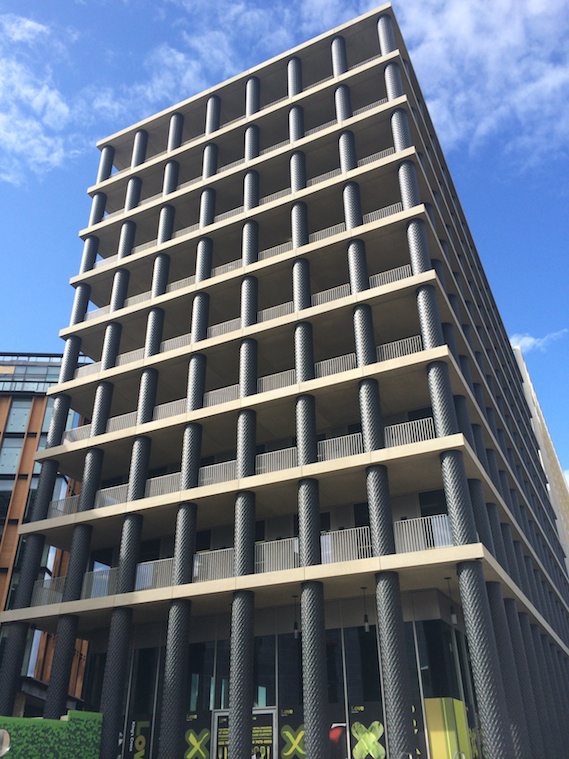 As the Kings Cross Regeneration project continues apace, a new breed of office developments are emerging from the formerly industrial area. Behind the scenes are some of the best architectural practices in the country at present, many that have cut their teeth on prominent regeneration projects. Some are so prolific that they are dubbed starchitects, architects that throw up statement buildings worldwide. While King’s Cross may not be getting a Norman Foster or Richard Rogers landmark anytime soon, the names involved are undoubtedly big and masterplanners are keen to work with.

The best of the area’s industrial heritage is being preserved, as the previous drab, faceless concrete offices and derelict railway sidings that have blighted the area for generations are swept away. Their replacements tend to be top quality, reflecting the area’s new and confident image and the desire to turn it into a new commercial and retail hub, somewhere to both live and work. Once complete, the Kings Cross Central Regeneration project will offer 3.4 milion sq ft of workspace.

The new generation of offices feature sustainable architecture, with the latest technology reducing running costs for occupiers and minimising the environmental impact. All offices in the Kings Cross Regeneration project meet the BREEAM standard ‘excellent’ as a minimum.

Two Pancras Square is 130,000 sq ft net over 9 floors. The building is by Allies and Morrison, notable for joint masterplanning the London 2012 Stratford site, the new Greenwich Royal Observatory and the Royal Festival Hall refurbishment, as well as being joint masterplanners for the Kings Cross masterplan with Argent and Townshend architects. When delivered in 2016, the building will overlook the Regents Canal and to the heritage buildings surrounding Granary Square. 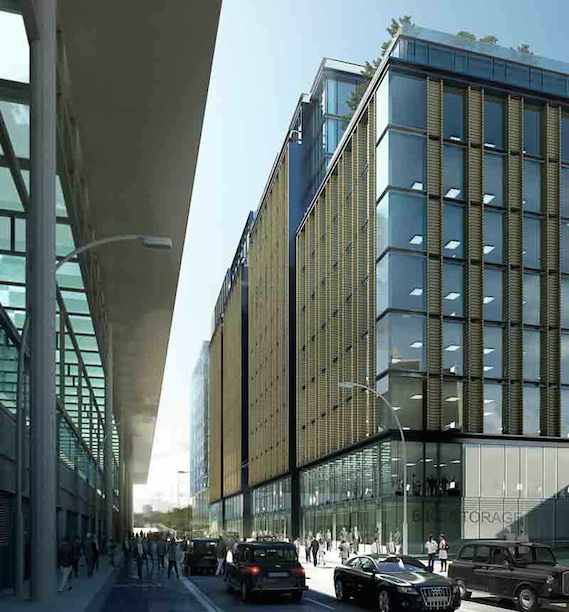 Six Pancras Square by French architect Jean-Michel Wilmotte takes advantage of enviable Eurostar links to Paris and as such houses the global headquarters of BNP Paribas, who will be moving operations to the other end of the Eurostar line on completion.

One Pancras Square by David Chipperfield is one of more impressive offices in the area and notable as one of the few buildings built by the British architect in his home country. Chipperfield is a real starchitect, with a large and eminent portfolio under his belt spanning many countries. His most famous international project is the renovation of the WII damaged Neues Museum, Berlin, as well as projects throughout Germany. One Pancras Square adds to the growing collection of UK Chipperfield buildings, including The Hepworth Wakefield and The Turner Gallery Margate. Although his work in Britain is fairly sparse, this makes it all the more exciting that his work has graced King’s Cross.

The building’s structural form is made up of cast iron columns with concrete floors. It is a typical understated Chipperfield building with a classical style appropriated in a modern context, boldly reflecting the industrial history of the area found in the Victorian gas holders. It stands at a prime spot at the gateway to the rest of the Kings Cross regeneration project and also to Europe, sitting above six London Underground lines and next to the Eurostar terminal, making it the best connected office in London and the UK. The development is linked to Kings Cross Underground Station by a playfully lit walkway, animating an otherwise laborious walk to work.

The walk to work will never be the same again! Image Credit: King’s Cross

At street level shops and cafes will energise the frontage of One Pancras Square, spilling out onto the broad, tree lined Kings Boulevard, the vibrant “high street” of the new area. Currently shut off to traffic as the offices are constructed, it will eventually be open only to buses, taxis and cyclists, providing an oasis of calm in comparison to the traffic choked Euston Road. Developers have endeavoured to ensure that this is no soulless nine to five office zone and are providing 500,000 sq feet of retail and restaurants. The well-established Kerb street food company has been feeding hungry workers since the offices were just mere holes in the ground and is soon to be joined by The German Gymnasium as a stunning all-day dining venue.

Linking all the developments is 26 acres of public space and 10 new, making up 40% of the development, giving the area green lungs. These open spaces allow the area to breathe and give the office community focal. Rather than building the same sterile and windswept spaces found in modern developments, they are designed to fun places for relaxing or for having lunch or after work drinks. At the heart of the development is Pancras Square, based on the ideals of a traditional traffic free continental square, injecting some much needed greenery into the area, with water features, outdoor seating and public art to invigorate the square. 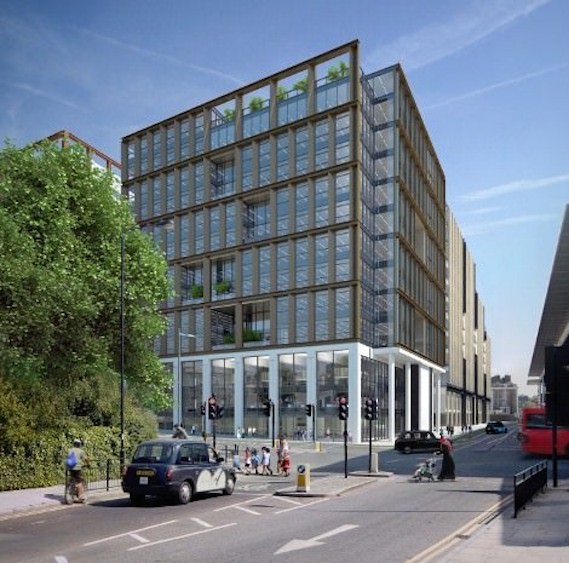 Finally an office building for the community. Image Credit: BREEAM

Five Pancras Square by Bennetts Associates houses the London Borough of Camden Council administrative HQ. As well as offices for Camden Council staff, the 14 story building incorporates a leisure centre, swimming pool, library, café, bringing the building into the heart of the local community. It also leave the former HQ up for grabs on Euston Road, a rather traffic choked and drab thoroughfare that lets itself down by not quite matching the grandeur of the Kings Cross Station buildings. The road is smartening up gradually and could see another wave of offices in future. 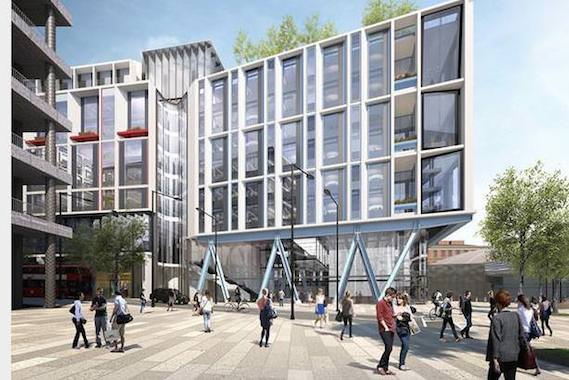 Possibly the most exciting office building and the biggest coup for the area is the upcoming Google headquarters. This is significant as for all the hype around the silicon roundabout and tech city, it is Kings Cross that was chosen in the end, due to its history, transport links and proximity to the West End. AHMM designed a £650 million office that runs the length of Kings Boulevard, which at 330 metres is taller than The Shard. Google’s recent design review, amid a wider review of the companies developments worldwide forced the practice to go back to the drawing board and design an even better building.

AHMM have worked on many large-scale projects including the Battersea-Nine Elms development, the Shoreditch Tea building, and soon the redevelopment of the BBC Television Centre. They are adept at reworking old buildings, as well as designing modernist landmarks that redefine and rejuvenate neighbourhoods. It could be a while before we see the results but they are sure to be spectacular.

‘The Starchitect’ may be a love it or loathe it term, but as long as the big names keep designing buildings that change our cities for the better, it is here to stay.