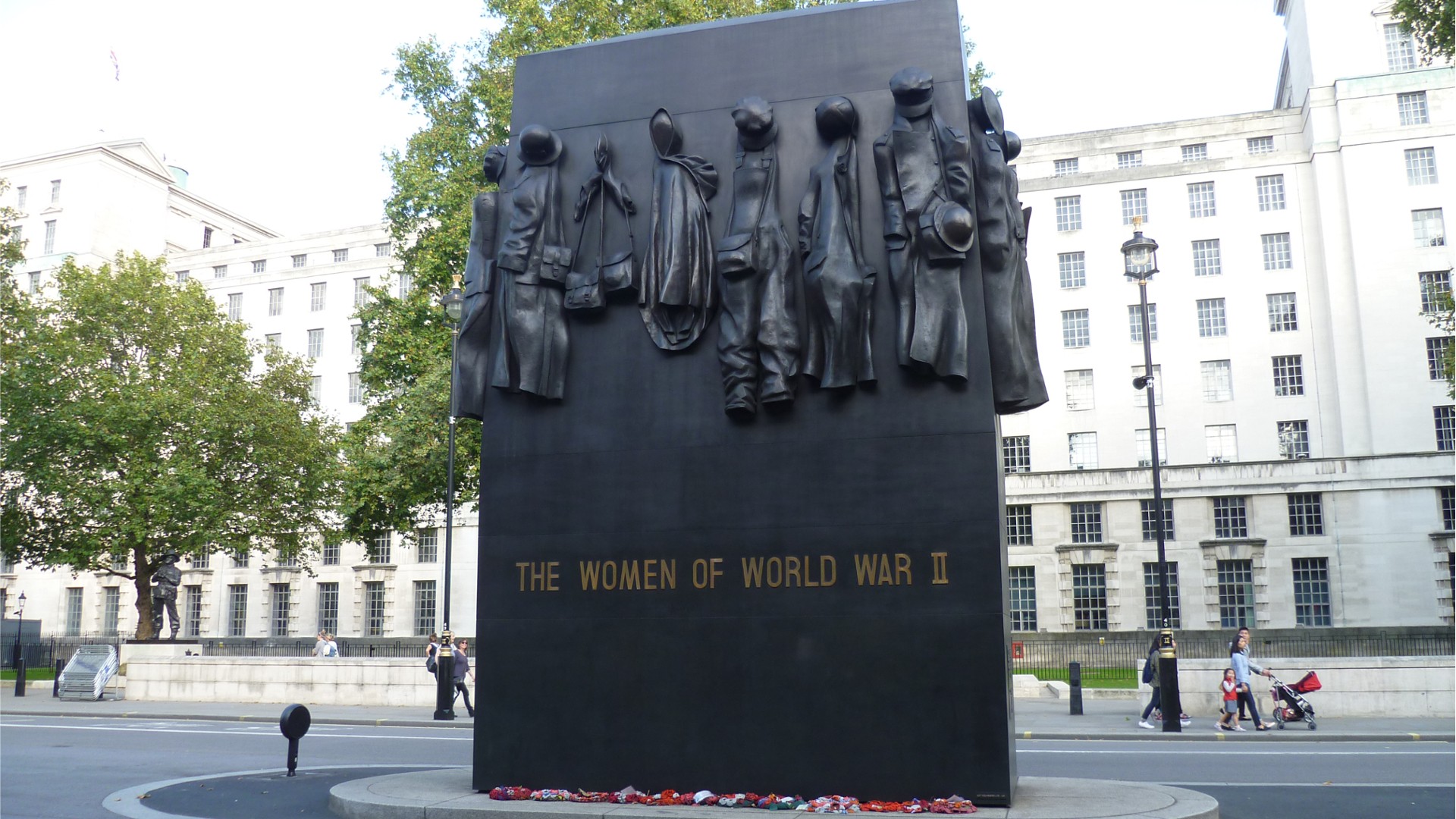 Picture of the Women of World War II monument courtesy of wikimedia.commons and Philafrenzy

Women of the 1930s were housewives and secretaries - that is, until the tragic event of World War II. Temporary liberation came from female conscription to the war effort.

With the outbreak of the war came immediate labour shortages, and the conscription of women began in 1941. Its peak in mid-1943 saw almost 90% of single women and 80% of married women called upon to do their part.

With the return of their male counterparts in 1945, for most women their new roles had ended. Memories live on in popular culture and the public memory. The dedication of the Land Girls and of those working in the munitions factories, as well as the glamour of the Spitfire Women and female spies will not quickly be forgotten. The various roles are furthermore celebrated by the 2005 Whitehall Monument to the Women of WWII which proudly portrays seven different uniforms worn by the ladies of the Home Front. Less well known among these roles, are the 25,000 female construction workers, who made up 3% of workers the construction industry in 1944. It is here that we find the urban myth of the “Ladies Bridge”….

The “Ladies Bridge” - Fact or Fiction? 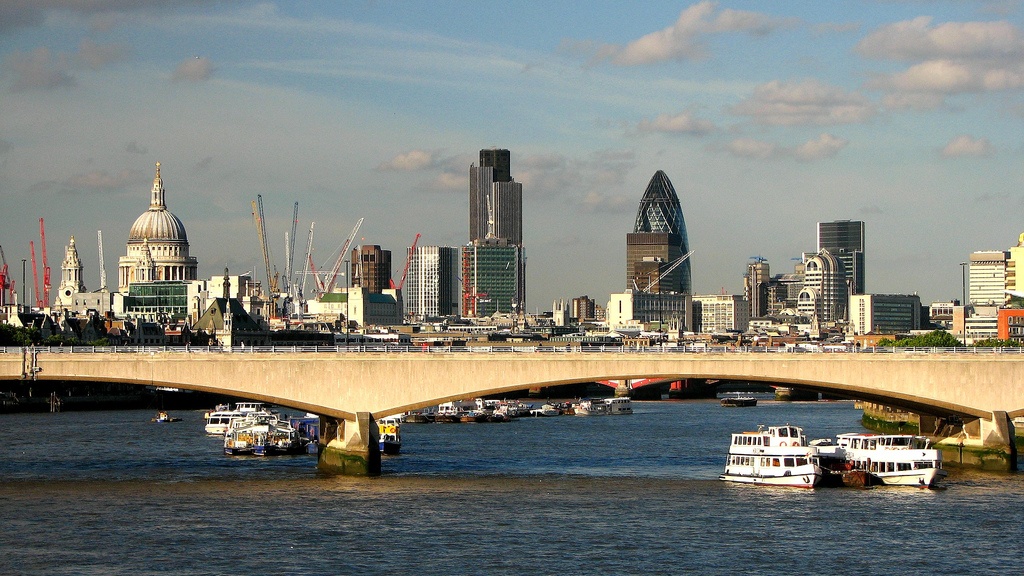 Kept alive by tour guide whispers, the tale dictates that in the re-building of Waterloo Bridge, from 1941 65% of workers were in fact female. At the bridge’s official opening however, in 1945, Herbert Morrison thanked the “fortunate men” who built the bridge. Due to the bridge’s status as a building of strategic importance during the war, there a few primary sources to consult about this blunder. Furthermore, when the construction company Peter Lind furthermore went into liquidation in the 1980s, the records of the workers identities lost. These ladies… if they existed at all… had been effectively erased from history.

Nevertheless in 2005, historian Dr Christine Wall began a search for the lost ladies of Waterloo Bridge. At first the search seemed frustrating and fruitless, but then the evidence began to mount. Among other indications, three photographs emerged from the archives of the Imperial War Museum. Then the daughter of the late Peter Lind came forward to confirm the urban myth as reality – there had indeed been a considerable number of women constructing the bridge. The tour guides were telling the truth!

Not satisfied with merely ticking the history book box, Christine Wall began work on the documentary, The Ladies Bridge with film-maker Karen Livesy. In the last decade the documentary was the launch pad for a petition for a blue plaque to commemorate the women of Waterloo Bridge.

Among those advocating the plaque include the Women’s Engineering Society, who view the campaign as part of a bigger picture. Women now make up 1% of workers in the construction industry (compared to 3% in 1941). The President of the society, Dawn Bonfield, explains the “need to re-write history” and encourage young girls to be interested in industry and the sciences by showing them the stories of “previous pioneering women”. Stories which, like the ladies of Waterloo bridge, seem to have been lost.

English Heritage states that the purpose of the blue plaque scheme is to link the past to the present. Can the 25,000 female construction workers of World War II inspire the modern school girl?

Add your name to the petition this Remembrance Day!

Interested in the hidden stories of London’s landmarks? Join us on our Quirky Tour.