Bold new plans to reinvent Oxford Circus have been unveiled by Westminster City Council and the Crown Estates, which will see the first significant redesign of the nation’s favourite high street in decades by transforming the Circus into two, pedestrian friendly piazza.

The project aims to provide improved safety and security for pedestrians, support economic recovery of this important getaway to the West End; and ensure that the district creates jobs and prosperity for residents and workers as well as attracts visitors to London.

There have been plans to redesign Oxford Street Districts since the 1980s, so why now? The serious congestion of Oxford Circus, of people and traffic, is unsustainable. With the arrival of the Elizabeth Line by 2022, the hope is that the creation of these pedestrian-only piazzas at Oxford Circus will not only improve safety, security, accessibility but also create an iconic destination at the heart of London.

By prioritising people over vehicles, the changes also aim to improve air quality. Works on Oxford Circus are expected to reduce vehicle traffic and improve efficiency of bus journeys across the area. The scheme is linked with Westminster City Council’s ‘Greenways’ project, which is designed to improve the experience of cyclists across the Oxford Street District and in the borough. 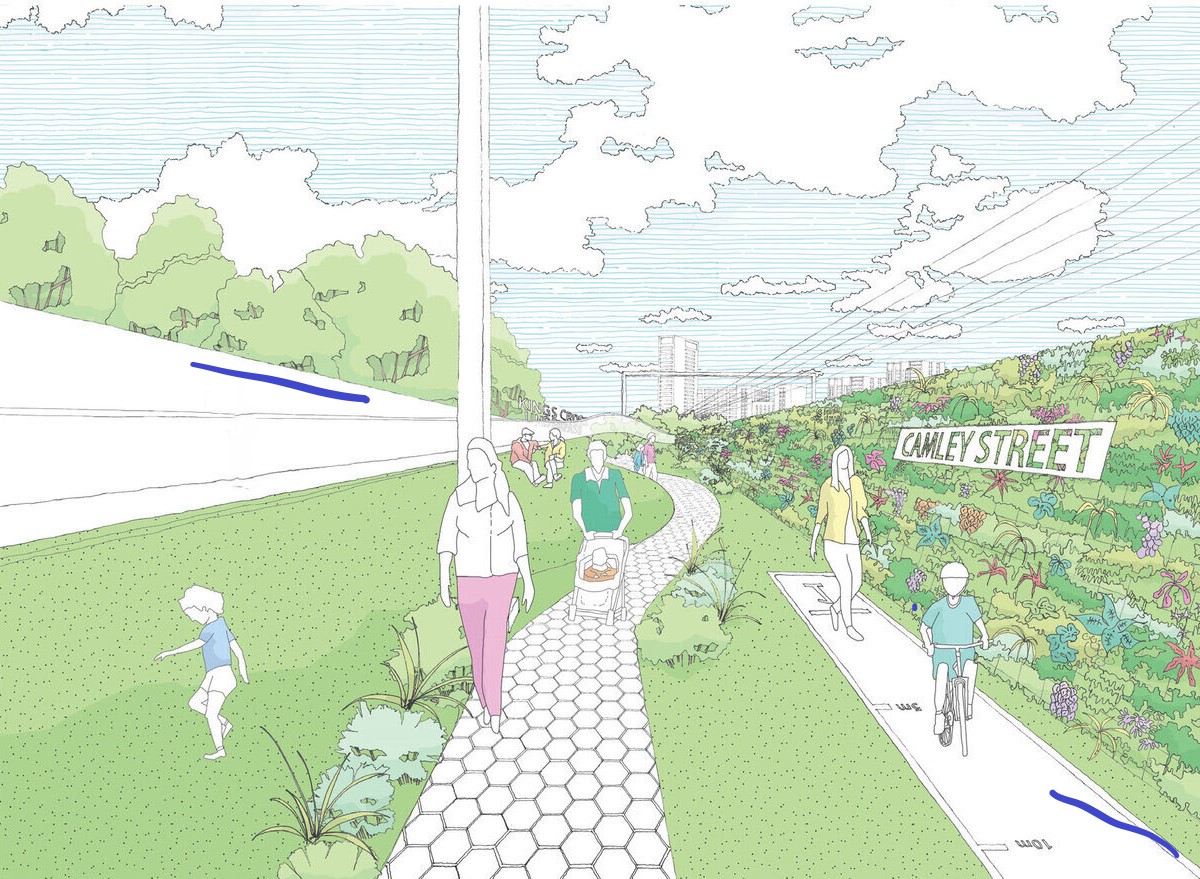 Apart from Oxford Street District, there are other great regeneration projects going ahead in London, including the Camden Highline - ‘garden in the sky’ walking route, eight metres above ground level, running east-west between Camden and King’s Cross along 1.2km of disused railway line in one of north London’s buzziest quarters The idea is that people will be able to get off the train at Camden Road and enter the Highline directly from the platform. Plans to use some of the railway arches along the route for shops and cafes have proven more complicated than envisaged, but are still being pursued.

It seems that converting vacant infrastructure in the London Borough of Camden is what they do very well already. One of the most extensive examples of that is urban regeneration anywhere in Britain is the rebirth of King’s Cross, a 67-acre site around King’s Cross and St Pancras International station in north London. Twenty-one years and 24 masterplans later, King’s Cross is home to Google’s new UK headquarters, the Central St Martins college, and Coal Drops Yard, where dozens of independent retailers, restaurants and bars have opened in the modernised Victorian arches that were once used to store coal.

Discover more about this London’s most exciting urban regeneration project with an in-depth walking tour. Get in touch via contact@insiderlondon.com to book your visit today or call us on +44 (0) 20 7183 1055.