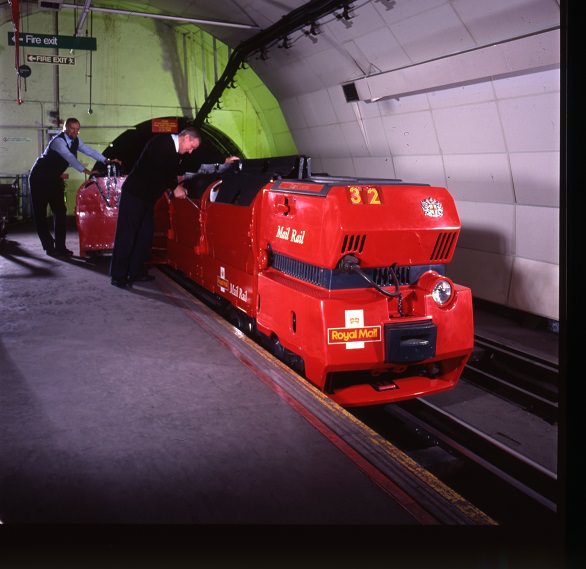 An underground railway opened in 1863, officially used to transport the Royal Mail, became the theme park ride of its day when thrill-seeking Victorian gents climbed on board after a few drinks and sped down the tunnel at 30 miles an hour. Aside from its novelty appeal, the London Pneumatic Dispatch Railway, running from Euston Station to the main sorting office, did little to speed up mail delivery, and was taken out of service in 1874. An improved service, which opened in 1927, proved more successful, running below ground from Paddington to Whitechapel for 75 years.

Now an ambitious new project aims to restore a section of this railway to its former glory and re-open it to visitors. With the aid of a £4.5m Heritage Lottery Fund grant, a national postal museum is due to open in 2016, complete with a ride on the old Post Office Underground Railway, otherwise known as Mail Rail. Visitors to the Postal Museum to be built in Mount Pleasant, central London, will be able to explore the hidden world of this railway while travelling through a one kilometre stretch of the original tunnels. Although the trains are much smaller than on the London underground, the stations are built in a similar style, with circular walls.

The railway project first began in 1913, with plans to build six and a half miles of tunnels for a railway with driverless trains. A short experimental track was built on Plumstead Marshes in 1914. The tunnelling work was completed in 1917, but the train was not allowed to operate during wartime, so instead the tunnels were used to store art treasures from the National Portrait Gallery and the Tate Gallery.

The railway was finally opened on 5 December 1927. It proved more successful than a 1930s scheme to construct a monorail called the “Railplane”. The brainchild of George Bennie, the train, which looked rather like a wingless aeroplane, complete with a propeller, was meant to run between Croydon and Holborn, but though a test run was set up, the scheme never took off.

To mark its 60th anniversary in 1987, the Post Office Underground Railway was upgraded and changed its name to Mail Rail.  At its peak, more than six million bags of mail were carried underground per year. By the late 1990s the service was scaled down, deemed uneconomical to run and eventually suspended in 2003.

Now Mail Rail will be back in operation as part of the museum project taking visitors on a journey through the changing face of the postal service through the ages, from the reign of King Charles I to the present. Among the items on show at the museum will be a first edition of James Joyce’s Ulysses, original evidence from the Great Train Robbery trial and flintlock pistols used to defend Mail Coaches in the 19th Century.

“This world-class, sustainable museum will highlight the important story of our universally recognisable postal service,” says Adrian Steel, director of the British Postal Museum & Archive. “From the Napoleonic wars to piracy, the invention of the first computer to the advent of instant communication, the postal service has played a vital role in both British, and global, history.. It is fantastic that Islington Borough Council has given us the green light to open up these unique tunnels to the public and reveal the captivating story of Mail Rail. This is a major boost to our plans and we look forward to welcoming our first visitors in 2016.” BPMA’s online exhibition

Explore the hidden depths of the tube on a London Underground Tube tour.