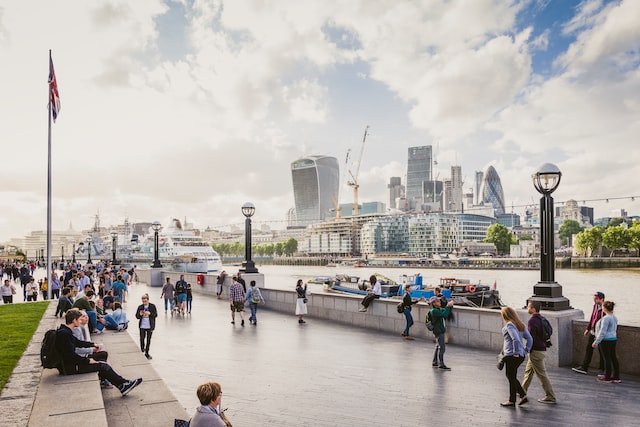 Defining what makes a city sustainable is a complex matter. Some cities have plenty of green space and yet have poor public transport networks, while others have extensive recycling programmes but too few cycling lanes.

Arcadis – a global design, engineering, and management consulting company – has, since 2015, been refining an index of its own. The Arcadis Sustainable Cities Index 2022 measures 100 cities according to 51 metrics across 26 themes, arrayed under the three pillars of sustainability: Planet (environmental), People (social), and Profit (economic). The Planet pillar aims to capture environmental factors like energy usage and emissions, the People pillar measures social performance, including quality of life, and the Profit pillar assesses each city’s business environment.

Out of one hundred cities in the index, London came sixth in the ranking. Aracdis concluded that London is an “all-rounder, scoring well on all three pillars, with particular strength in Planet”. The report also indicates London’s particular strengths are around the quality of its transport infrastructure and (to a slightly lesser extent) the sustainability of that transport infrastructure. Another good mark was in “an above-average share of new EVs being registered in London.” However, the report notes that the quality of EV charging infrastructure is average, and it suggests “this may be an area for future investment”. As to renewables, the report notes London’s share of it within the energy mix is relatively high (but not exceptional), so “while the city is undoubtedly ahead of the curve, it still needs to invest in its energy transition”.

COP27 and why sustainable cities matter

More than half of the global population lives in a city and, by 2050, the urban proportion is expected to reach two-thirds. While covering only 2% of the earth’s surface, cities consume 78% of the world’s energy. Moreover, they produce more than 60% of greenhouse gas emissions – making city leadership critical stakeholders in the future effective management of the climate crisis.

The sheer density of people relying on fossil fuels makes urban populations highly vulnerable to the effects of climate change. Fewer green spaces exacerbate the problem. According to the IPCC report, limiting global warming to 1.5 degrees Celsius would “require rapid and far-reaching transitions in uses of energy, land, urban and infrastructure (including transport and buildings), and industrial systems.

London has ambitious plans to reach net zero by 2030 and intends to use COP27 to highlight the vital role that London and cities around the world play in tackling our greatest threat. Cities and regions are not specifically part of COP27 - the process of setting binding emission reduction targets - but London was participating in events to highlight the role of cities in tackling the climate emergency and achieving net zero.

“Often, cities have a laser focus on attracting businesses, investors, and skills to feed the Profit pillar. There should be as much fanfare when it comes to creating affordable housing, building net-zero infrastructure and transport, and reducing air pollution.” -Peter Hogg, Arcadis’s UK Cities Director

Discover many fantastic sustainable initiatives and projects in architecture, public transport, business, infrastructure and urban greening in London on our Sustainable London Walking Tour. Get in touch today via contact@insiderlondon.com to find out what we can offer your group.