On a sunny day in London, thoughts tend towards outdoors drinking, perhaps in one of the city’s rooftop bars. On our sustainable architecture walking tours we also tend to look up. But it’s to the city’s rooftops that are alive all year round, thanks to the rooftop gardens that are helping to make London green. Rooftop gardens have become an important element in sustainable architecture: they can improve water and air quality, not to mention increasing the biodiversity of the local area. And, for lucky workers in the buildings, it’s been proven that access to a green space can also reduce stress. Here’s a peek at five of London’s hidden green rooftops. 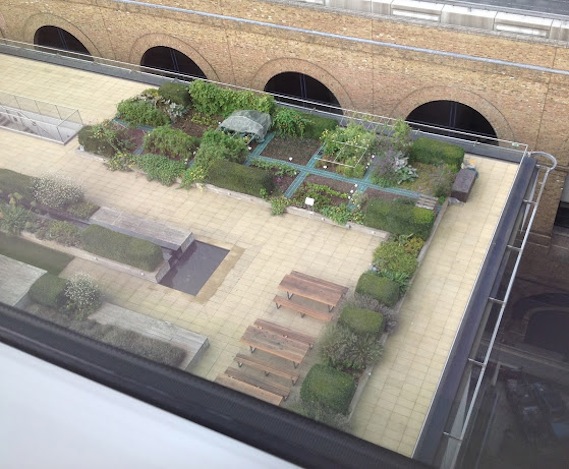 1 Angel Lane, formerly Watermark Place, is the London HQ for Nomura Bank. Designed by Fletcher Priest Architects Ltd and completed in 2010, the building is actually composed of three-linked buildings and has three terraces at two different levels. The fifth floor – a space equivalent to 8 tennis courts  – is open to employees. Part of the garden comprises a twelve-bed kitchen garden, tended by Nomura’s switchboard staff, that grows 25 different types of vegetables and edible flowers. Although it’s normally hidden from view for the general public, you can visit it this weekend as part of the Open Garden Squares weekend. Find out more details here. 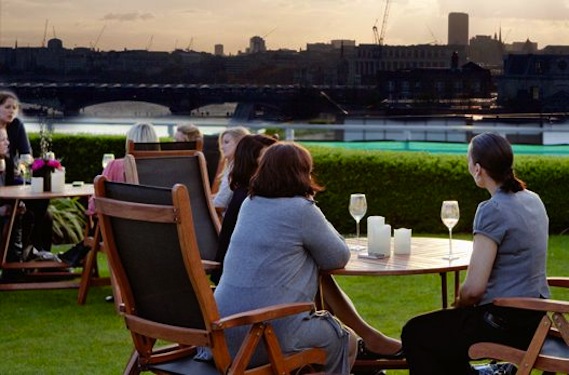 Installed at the cost of around £500,000, Cannon Bridge Roof Gardens offers stunning views across London, from Tower Bridge to St Paul’s Cathedral. The acre of space has a lawn, trees and shrubs, making it more of a private park than a green roof. It’s also open to the public – that is if you attend one of the functions run by Diamond City Events at the venue. 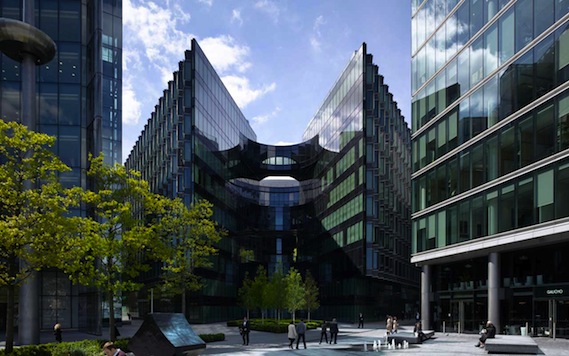 This Foster & Partners-designed development, now offices for PwC, currently holds the honour of being the top example of sustainable architecture in London. It’s the capital’s only building to be awarded the BREEAM (that’s the Building Research Establishment Environmental Assessment Method) rating of ‘Outstanding’. That’s mainly down to a brilliant use of technology, but it also has over 13,000m2 of roof space to support threatened and protected species: a brown roof on level seven provides foraging for birds, and attracts bees, butterflies, hover flies and the like, while level ten is designed to encourage specific bird species. 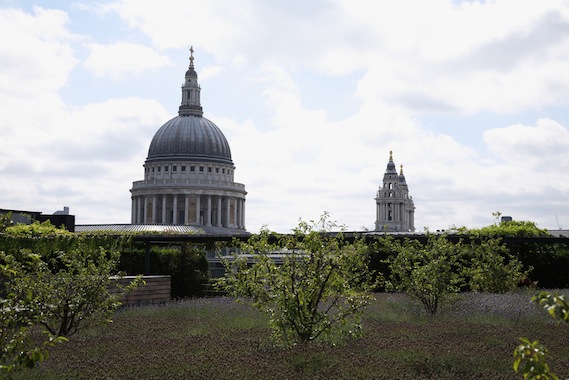 Completed in 2001, this was one of the first rooftops to go green in the finance world, with a large, accessible intensive roof garden, complete with views towards St. Paul’s (as you can see from this photograph, taken on the Merrill Lynch roof). Predating BREEAM ratings, the garden was created primarily with the aim of creating an attractive overall workspace, with the benefits that brings to employees. And, where it led, many have followed… 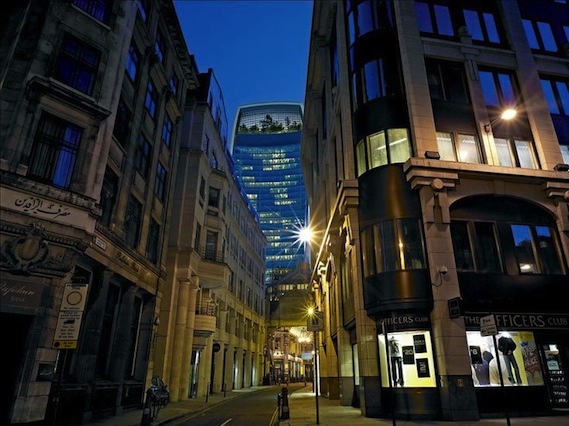 While the first tenants moved into 20 Fenchurch Street (more commonly known as ‘the Walkie Talkie’ last month), one of the most appealing aspects of the development – the public garden at the top of the tower – isn’t due to open by the end of the year. Pictures released last week emphasised what an ambitious project this is, with over a hundred varieties of plants, including herbs to supply the three restaurants due to open in the development. While the garden helps the designers present an greener face to the world, to keep the gardens maintained at such a height will require a serious amount of energy. The developer’s pictures, meanwhile, all seem to suggest a desire to create an impact more about spectacle, than sustainability. However, it’s hard to deny that, once finished, it should be a stunning environment in which to enjoy a drink, or three.