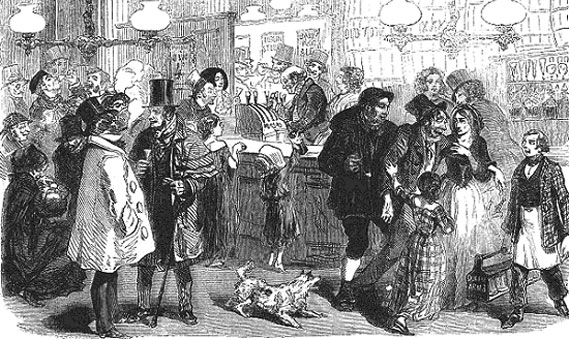 London’s gin palaces – convivial, glamorous environments. But how did gin reinvent itself from being something drunk by children in slums just 80 years prior?

Fans of booze and/or history may know a few things about gin’s past. One being that the gin craze raged in London between 1720 and 1751, during which time adults would drink an average of half a pint of gin a day. The gin consumption of the average child’s wasn’t far off this either.

Then, from 1830, the gin palace was born. These were brightly lit, welcoming spaces that were adorned with lamps, mirrors and cut glass.*

Not much is written about gin’s transition, but we’ve done some super sleuthing to uncover the following…

First of all, the gin drunk during the gin craze was known as ‘Old Tom’, and was very different to the gin we drink today. Anyone was allowed to distil their own gin; the lack of quality control causing it to taste foul. Copious amounts of sugar would be added to mask its base flavour. It was so disgusting that turpentine and sulphuric acid were also often added in the name of making the drink taste better.

The gin craze was brought to a halt largely by the Gin Act of 1751. By prohibiting gin distillers from selling to unlicensed merchants and charging higher fees for licenses, it eliminated small gin shops, which helped curb consumption. Bad harvests between 1757 and 1760 led to a ban on distilling grain, which helped reduce consumption further.

Although the ban was lifted in 1760, gin was subject to higher taxes and had to pass tougher quality controls than ever before. Distillers, realising gin would cost more to make, were forced to improve the quality of the drink so it could justify its price.

Alexander Gordon, the founder of Gordon’s Dry London Gin, opened his first distillery in 1769. His commitment to quality was clear – the gin was (and still is) distilled three times for purity. In 1786 he relocated his factory to Clerkenwell in order to take advantage of the purer water bubbling up at the natural spring of Clerk’s Well.**

Although Alexander Gordon laid the way for better gin, other distillers followed suit in the late 1820s and early 1830s. New distilling methods were invented at this time, enabling producers to make spirits that were free of impurities. As they didn’t need sugar or other nasty ingredients to hide the taste, gin from the 1830s onwards was much cleaner and brighter. This new type of gin, referred to as London Dry gin, became popular as it fit beautifully with the Victorians’ interest in healthier ways of living.

The other part of gin’s reinvention came with the arrival of gin palaces in the 1830s. The motivation for their introduction was the 1830 Beer Act, which enabled anyone who had purchased a cheap licence to sell beer. Over the eight years that followed, 45,000 beer shops opened across the UK – more than 15 a day. Gin sellers knew they need to do something to fight back.

The aesthetic of the gin palace was aided by numerous recent innovations. In the early 1800s, gas lighting was introduced – for example, Pall Mall was lit by gas lamps in 1807. In 1832, sheet glass was invented, making this much more affordable and accessible. Mirrors were also put within reach from 1835, when the silvered-glass mirror was invented. All of these innovations meant that gin palaces could supply glorious amounts of light, day or night. More importantly, they were far more glamorous and exciting than the competing beer shops.

So, with innovations in gin’s production and the appearance of its environment, gin moved from being a deadly and foul drink to something sophisticated that was quaffed in sparkling surroundings. It moved an incredibly long way between 1750 and 1850.

If you have any other interesting facts about gin, we’d love to hear them! Please share your thoughts by leaving a comment below.

*There’s lots to say about the gin craze and gin palaces, but unfortunately we don’t have space here. You can also check out one of London’s last gin palaces on our History of Drinking Tour.

**A few other interesting facts about Gordon’s London Dry Gin: the recipe he launched with has not been changed to this day. We know that the gin is triple distilled and takes its flavour from juniper berries, coriander seeds, angelica root, liquorice, orris root, orange and lemon peel. However, only 12 people in the world are privy to the complete recipe. Gordon’s Gin is now the world’s best selling London Dry gin. 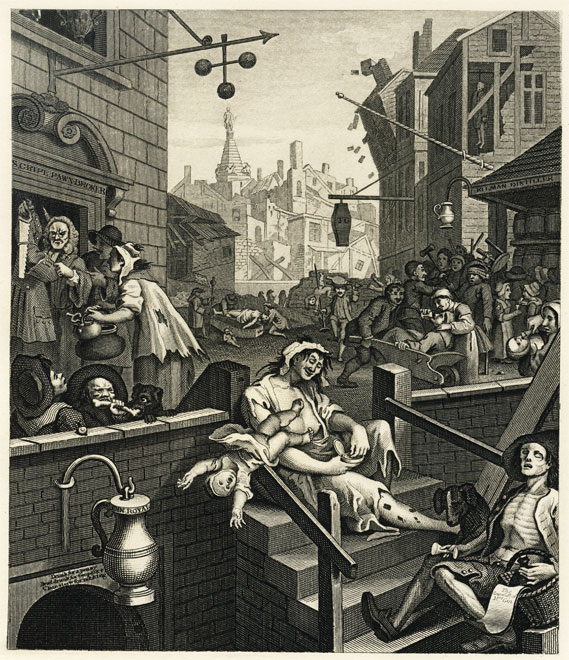 ‘Gin Lane’ by William Hogarth, a print that illustrates the possible consequences of gin drinking. Note the hanged man in the building, the children drinking gin on the right hand side and the baby on a skewer in the distance. 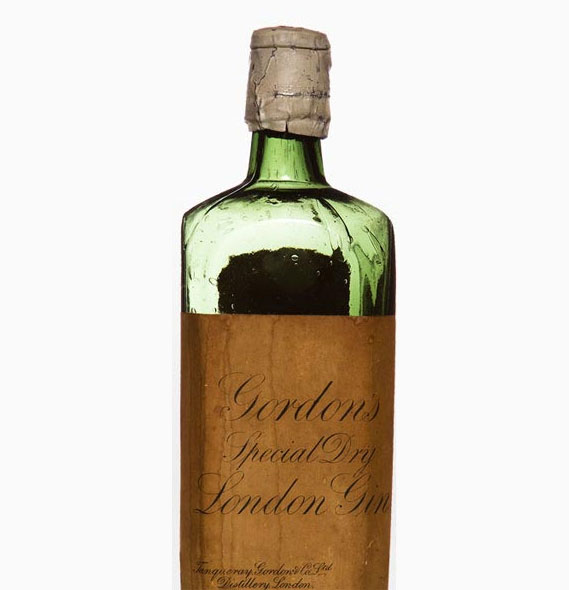