Towering over Kings Cross and the Regents Canal like a giant metal behemoth is the grade II listed Gasholder No.8. a relic of Kings Cross’ industrial past that, like much of the area’s heritage, is being salvaged, reused and given a new lease of life as part of the Kings Cross Regeneration.

The gasholder lies to the west of Granary Square, next to the soon to be rejuvenated coal drops. Just last week plans were approved to convert the gasholder into a landscaped park and events space, opening a new route down to the canal. The gasholders were taken down and painstakingly restored off site in Yorkshire before being reconstructed in a new location in Kings Cross. 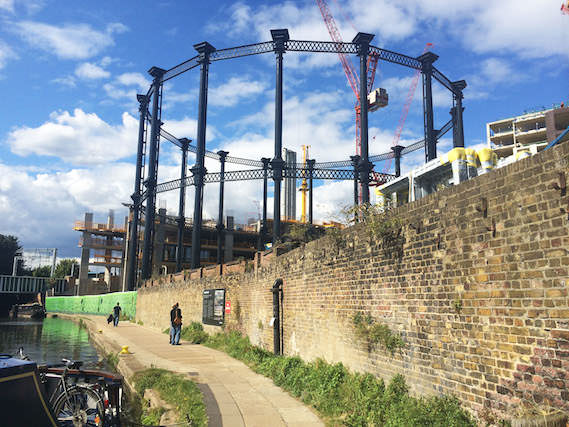 Gasholders started springing up in the Victorian era and – as the name suggests – were designed to hold gas. Gasholder No.8 formed part of a group of gas holders built in the 1860s that once played an important role in the history of King’s Cross. They were built behind King’s Cross Station to store gas, manufactured onsite from coal by the Imperial Gas, Light and Coke Company. At the time they were the largest gas works in London.

Known as telescopic gasholders, they consisted of vessels (lifts) situated on the inside of the other, so that when the inner lift was fully extended the next outer lift would also start to rise. Once at full capacity the gas flows back out through the main pipe, causing the chamber to fall.

Revolutionary at its conception for its distinctive steel frames with three tiers of hollow cylindrical columns and wrought iron riveted girders, its design was superseded by the invention of the spirally guided gas holder in 1890, which did away with external columns and introduced spiral rails. Nevertheless, the gasholders remained in use at Kings Cross until 2001.

Gasholders continued to be built throughout the 19th and 20th century and were a prominent feature of many towns’ landscapes. Indeed prior to nationalisation, there were over 1000 gas companies and just about every town had its own gasholder.

As gas was discovered in the North Sea in the 1960s and advancements were made in gas pipe technology, they soon became redundant. Plans were put in place at the end of the 20th century to take down the UK’s gasholders, a plan that carries on interminably to this day. Many of the remaining gasholders will be demolished in the coming years. 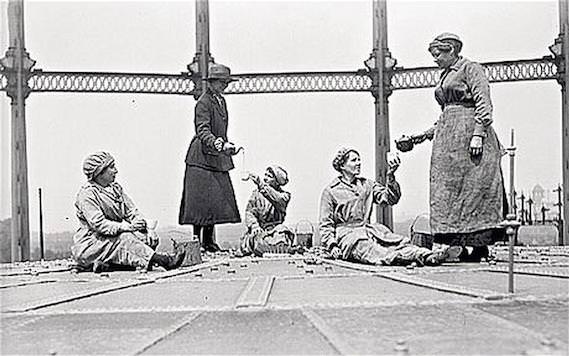 Time for tea! Similar scenes will be seen when the public park opens for use. Image credit: Kings Cross

The King’s Cross gasholders conjure up images of a London of a bygone era, of pollution belching from chimneys and soot covered brick warehouses. Many gasholders were never beautiful and smelt badly of smog and the tar painted on the exteriors to preserve ironwork. They prove expensive to maintain, providing an incentive to take them down rapidly. Today only four of King’s Cross’ gas holders remain, the rest dismantled years ago to allow the construction of the Channel Tunnel rail link. The other three will contain drum-shaped housing.

Besides Kings Cross, other famous London gasholders include the Kennington gasholder, arguably one of the most recognisable gasholders in the country, providing an intricate steel backdrop to the Oval cricket ground and beamed into millions of televisions each year during live TV coverage of cricket games. Opinion tends to be divisive, with people tending to either love it or loathe it. Next to the Battersea Power Station lies another well-known gasholder, widely considered an eyesore and condemned to demolition as part of plans to turn it into high-density housing. While most people will not mourn its loss, it is a stark reminder of how gasholders are being consigned to the scrapheap. 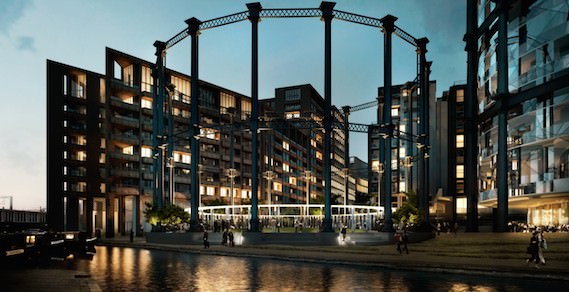 Thankfully Gasholder No.8’s merits were recognized and given listed status, preventing demolition and allowing a sympathetic restoration, meaning Londoners will be able to enjoy the space for generations to come. This time, however, minus the smell!