It’s widely held that the pandemic has exacerbated existing inequalities, including inequalities in healthcare access and treatment. In order to streamline services for more efficient and equitable roll out, innovative new approaches need to be considered – and this is where technology can help.

Over recent years, Healthtech (or medtech as it’s sometimes known) has become a major sub-sector of the UK’s technology industry. Tech Nation statistics indicate the strength of the industry with healhtech attracting massive investment. Over the last five years investment from VC’s totals $7.7 billion. After fintech therefore, Healthtech is the second biggest sub-set of the UK’s tech sector.

During the pandemic, the digitalisation of healthcare was further accelerated out of necessity. In the words of Gerard Grech, Chief Executive of Tech Nation: “We are seeing scale-ups making huge leaps that would normally take months or years, in just a few weeks.” From telemedicine and remote patient monitoring to sequencing technology to help viral research – tech has been essential to the health sector’s approach. One successful company is AccuRx which started as a secure software for doctors to text patients with test results and appointment information. When the pandemic hit, the company pivoted quickly – building a new feature for video GP appointments over a single weekend. The number of practises using their services rose from 3,500 to 6,900. Continually evolving, AccruRx has added a digital sharing function and has released a new version for hospitals. 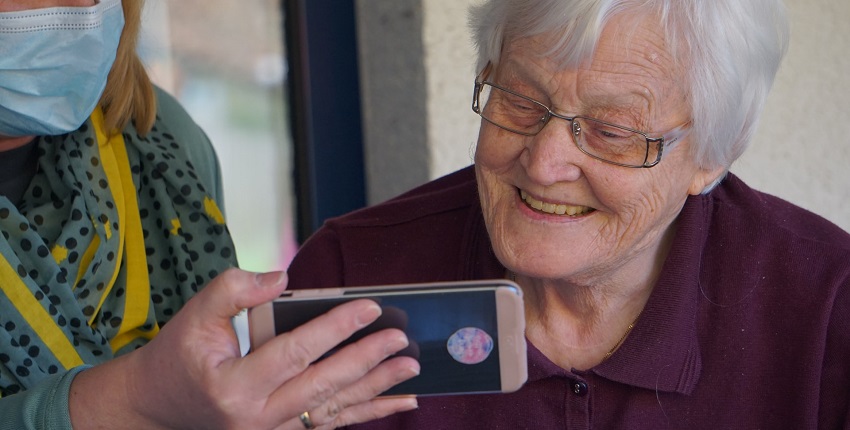 Another example is the Essence Group, who claim to have become a key component of government and private efforts to safeguard the elderly during the pandemic. The medtech offers connected smart devices for elderly care, medical settings and home security which allow seniors to live as independently as possible. The list goes on from business support tools and apps for NHS staff and medics to temporary staffing platforms, data analytics and virus mapping.

The question which emerges is to what extent these technologies will remain in use or increase in use as the pandemic subsides. The NHS confederation have recently launched a “reset, not just recovery” programme to explore which aspects of the Covid-19 response should be sustained as we move forward. Some commentators have noted that the “almost complete shift” of services to remote consultations is a great experiment “to monitor the strength and weaknesses of such technologies”. If considered successful, digitalising could allow for a more efficient and more accessible service.

A final key aspect to consider is the role of technology in building resilience. This is a hot debate in healthtech in both general and specific terms. Advocates of wearable technology for instance stress its potential for early detection of future outbreaks. The Institute for Global Change state “frontline workers should be provided with wearables that can detect heart rate and other biomarkers that can indicate illness” . Wearable tech which tracks body temperature and respiratory rate are already commonplace but as items available for consumer purchase from private tech companies rather than as provisions from the health sector. The Global Institute states that wearables “can also be part of a wider positive long-term shift in health care, so that it is more personalised and more precise, and so that individuals have far greater control and understanding of their own physiology and what changes to it mean.”

It is clear that the recovery could be a pivotal time for the Healthtech centre and according to some, an essential opportunity to build back better.

For the latest business trends in tech and innovation, book your group on a business visit today!