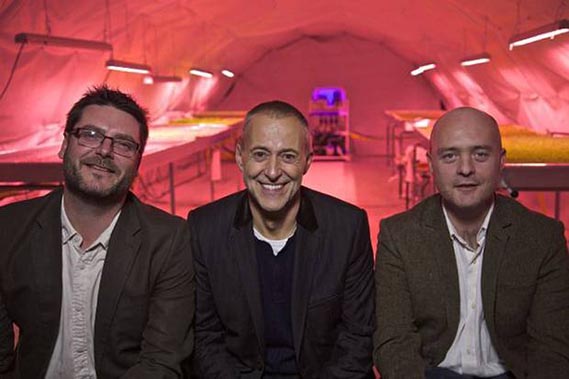 Bristol-based entrepreneurial duo Steven Dring and Richard Ballard have recently made the news for their latest subterranean vegetable project, Growing Underground. The pair have teamed up with Michelin-starred chef Michel Roux Jr to convert an old World War Two air raid shelter underneath the Northern Line into a large scale underground garden, for the growing of herbs, vegetables and flowers.

The duo have been brainstorming London-based urban farming for several years, and spotted the tunnels while searching for an appropriate vacant warehouse.  The idea behind the Growing Underground project is to contribute towards offsetting London’s large carbon footprint, while utilising the acres of space which lays dormant below the London Underground. The farm itself will also be carbon neutral, and the pair hope to raise over £600,000 to offset the costs paid to Transport for London.

Work to build the underground tunnels began in November of 1940, and from July 1944 they began to be used as air raid shelters during the many Blitz attacks on London. The network of tunnels now provides 2.5 acres of space for growing, situated over 100 feet below the Northern Line near Clapham North station. The tunnels have become an optimal growing environment, as this depth helps to maintain an average temperature of 16 degrees Celsius in the tunnels, while a number of filters are used to keep further reduce the air of pests. 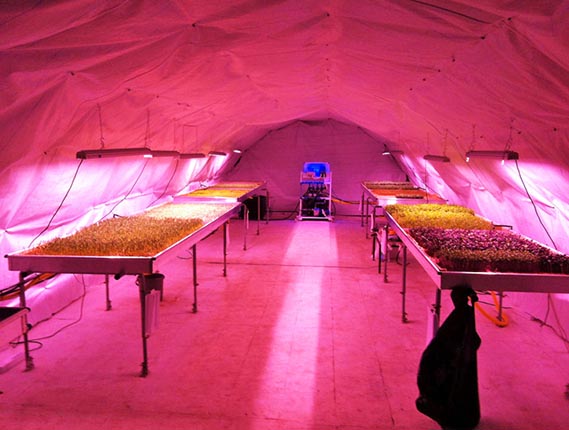 Dring and Ballard have been conducting growing trials in the underground tunnels for the past 18 months, with the assistance of Chris Nelson, a horticulturalist specialising in the growing of crops in tough conditions. Now that all issues have been smoothed out, growing will officially begin this March, with produce expected to hit the shelves of London by the end of the summer. Entrepreneur Richard Ballard revealed that “There is no ‘could’, ‘might’ or ‘maybe’ about our underground farm. We will be up and running and will be supplying produce later this year.”

The Growing Underground gardens will use the latest technology to grow quality herbs and vegetables in difficult conditions, including an integrated hydroponic growing system and low energy LED light bulbs. The first produce to be grown will include exotic shoots and herbs, such as rocket, garlic chives, Thai Basil and pea shoots. Miniature vegetables and edible flowers will also be grown in the underground plot. However, Ballard and Dring have already revealed plans to expand the operations if they are successful, hoping to branch out into varieties of tomato and mushroom in the near future. In fact, the founders estimate that up to 20 staff could be working on the farm if the produce is a success. 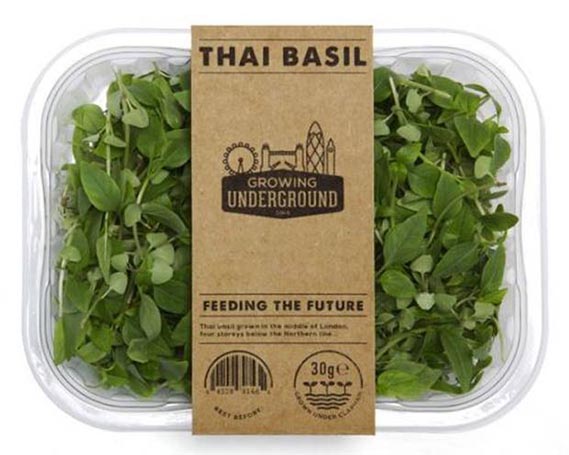 The herbs and vegetables which will be produced in the carbon neutral Growing Underground tunnels will be available in London’s grocery stores, markets and restaurants by the end of this summer. Will you be trying out this exciting new range of produce?