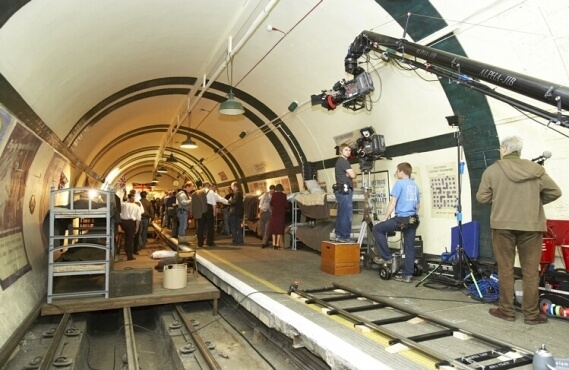 From Sliding Doors to Skyfall, the London underground has had a part to play in many memorable movie scenes, and the Tube will be back on the big screen later this year in Survivor and London Has Fallen.

Aldwych is the most popular station for filming, as it is no longer in use. Originally known as Strand Station when it opened in 1907, this is a favourite location with film-makers looking to recreate a period atmosphere. The station, with looks much the same as it did a century ago, has well-preserved original features including the ticket hall and the lifts. Aldwych was among the underground stations used as air raid shelters during the Blitz, so is a good choice for wartime dramas like Atonement.  It has also been used in V For Vendetta, Superman 4 and 28 Weeks Later.

Charing Cross station is another popular spot for filming, and was chosen for Thor: The Dark World and Woman in Black II – Angel of Death. Canary Wharf, a spacious station with modern architecture, is a great backdrop for contemporary drama, and featured in the film remake of TV series The Sweeney starring Ray Winstone.

Waterloo and Fulham Broadway had a major part to play in the 1988 romantic comedy Sliding Doors, where Helen, played by Gwyneth Paltrow, faces two different realities depending on whether or not she catches her train. In one version of events she returns home to discover her boyfriend is being unfaithful, but in an alternate universe, she remains blissfully unaware of his behaviour.

Temple tube was at the centre of the action in the 2012 Bond movie Skyfall featuring 007 (Daniel Craig) in hot pursuit of cyber-terrorist Raoul Silva (Javier Bardem). From MI6’s subterranean HQ, Bond tunnels out onto the platform, sees the villain board a Circle line train, and leaps over the tracks onto the back of the fast-moving carriage.

Movie-goers can expect more underground action this summer in Survivor, starring Milla Jovovich as a foreign service officer who tries to prevent a terrorist attack, but is framed for crimes she didn’t commit and forced to go on the run.

Shoreditch and Somerset House are among the locations set to feature in London Has Fallen, the sequel to Olympus has Fallen, which centres on a sinister plot to kill world leaders gathered in London for the Prime Minister’s funeral. Gerard Butler plays a secret service agent responsible for protecting the President of the United States.

Due out in October, this is billed as another high-octane blockbuster, but confidentiality agreements between the production companies and Transport for London mean details of how the action plays out are being kept under wraps for now. 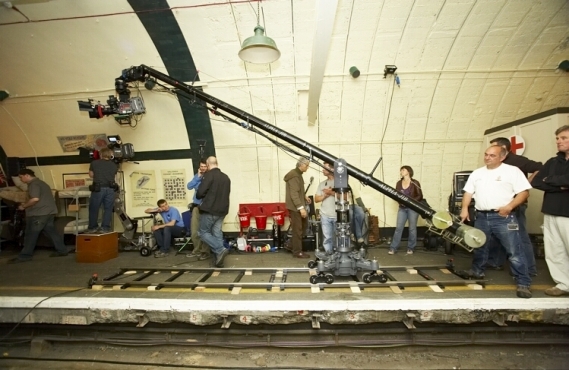 Anyone wanting to film or take photographs on the Tube must ask permission in advance from the London Underground Film Office. Film-makers are asked to submit an application form  along with a script or synopsis.  The location manager and director then take a look at the location to decide whether it would make a suitable set for filming. Further information about filming on the Tube is available on the TfL website.

You can discover more about the hidden corners of the Tube on a London Underground Tube Tour.