Public transport will undoubtedly be one of London’s greatest challenges in times to come as London slowly eases out of the lockdown. The subject of fiery exchanges between Sadiq Khan, the Mayor of London, and national government, £1.6 billion in emergency funding has now been secured for TFL to maintain services. Nevertheless, as more and more Londoners return to work, questions remain about social distancing on a transport system that was already operating overcapacity.

“It will take a monumental effort from all Londoners to maintain safe social distancing on public transport as lockdown restrictions are gradually eased. That means we have to keep the number of people using public transport as low as possible. And we can’t see journeys formerly taken on public transport replaced with car usage because our roads would immediately become unusably blocked and toxic air pollution would soar.” – Sadiq Khan (15.5.2020)

Whilst walking and cycling are being encouraged, the arteries of London transport – the London Underground system – still has spatial challenges to face. Fortunately, expansion of the network was already underway. The most ambitious of these expansions is the ongoing Crossrail project. Certain sections are already open and visual representations of the completed Crossrail have been public for some time.

Some elements have made a splash; such as the permanent art exhibition created by seven London art galleries and the fabulous Crossrail Place Roof Garden at Canary Wharf by Foster and Partners. Most of the architecture however has been less well-received. 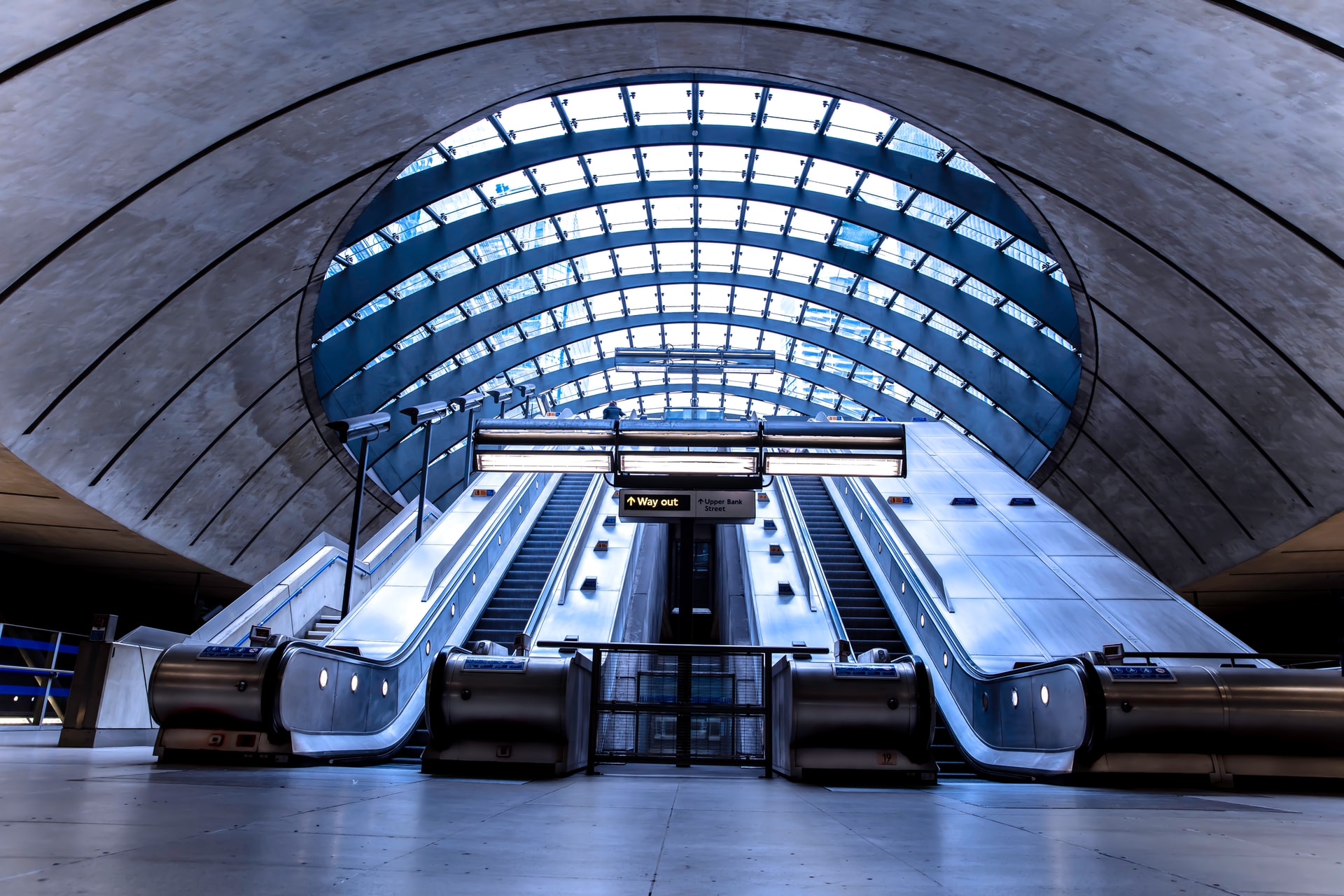 As passengers descend further into the stations and down to the platforms they will be met by deliberate uniformity across the network. This has led some journalists to ask “Why do all the stations look the same?” and whether stations will just resemble “a blur of beige”. Whilst the engineering feats are marvelled at, some find the station architecture underwhelming to say the least, often making unflattering comparisons between Crossrail and the striking vistas of the Jubilee Line extension.

Though while the style may be contested, it’s hard to argue with the functionality. Now more than ever the spacious concourses may prove essential as well as the multiple entrances and ticket halls boasted by many stations. The 200m long trains it promises were estimated in 2018 to increase London’s transport capacity by 10%. The capacity of each train was set at 1,500 passengers. Even if these figures are reassessed to take social distancing requirements into account, these figures are still significant. So perhaps this project (also much criticised for its lateness and price) has another chance to win over the public? Perhaps it’s just what London needs in the time of Covid-19.

Or come and explore the glorious heritage, design history and engineering feats of the London Underground