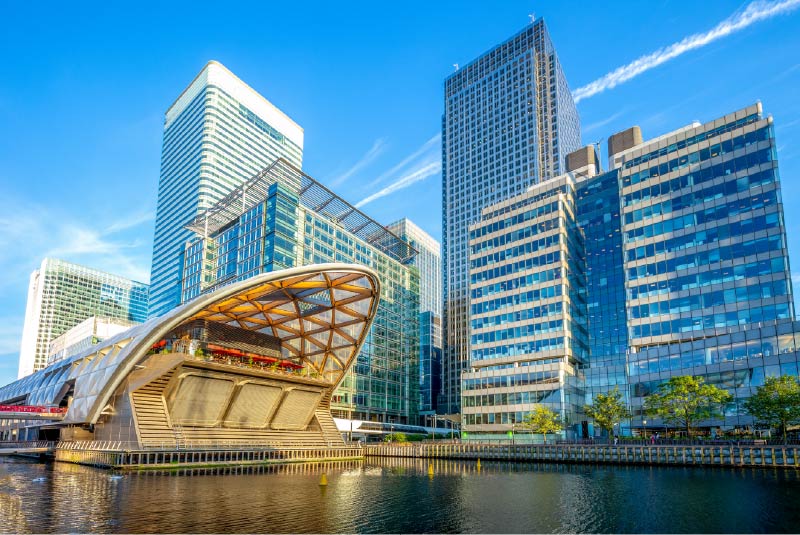 We went back to Canary Wharf to check on London’s second financial centre and what benefits from the extension of the London Underground via the new Elizabeth Line have been brought there.

Canary Wharf, a formerly run-down part of London comprising marshland and disused Victorian docklands, has been transformed since the 1990s into a major financial centre of the world, and a rival to the City of London’s own ‘Square Mile’. Originally being just a ‘back office’ for major financial institutions and banks, it has become home to major European headquarters of numerous companies including Barclays, Citigroup, Credit Suisse, EY, HSBC, JP Morgan, and Morgan Stanley.

Elisabeth Line, formerly known as Crossrail, is finally nearing completion after over a three-year delay. It will open partially sometime in the middle of the year adding a further 10% to London Underground’s network capacity, significantly shortening journeys across London. What does it mean for a financial district like Canary Wharf?

The arrival of good, reliable and fast transport is a driving factor for further development in the area. That was the case back in the 1990s with the creation of the Docklands Light Railway (DLR), and more so with the arrival of the extension of the Jubilee Line to Canary Wharf in the early 2000s.

Current transport extension has made the area even more attractive for building new mix-used developments, including Wood Wharf, which will bring nearly 4,000 new homes; to the largest bio lab in Europe new; as well as a green revamp, where Canary Wharf Development Group is teaming up with Eden Project to create a ‘green spine’. This plan will include parks, leisure activities on the water, and even a pavilion for concerts.

Apart from the increased number of developments, the new Elizabeth Line trains running at the max speed of 90mph in the new network of burrowed tunnels, will shorten the journey from Heathrow Airport to Canary Wharf to 39 minutes! Moreover, the 3-mile gap between the ‘Square Mile’ in the ancient City of London and Canary Wharf is going to get narrower, with the journey time between the two financial rivalling districts shortening to mere 6 minutes. As already speculated, in the near future a de facto merger of both districts is inevitable, or at least a clear division between the two is going to be hard to distinguish.

Discover the past, present and future of London’s financial sectors with our City Finance Tour and Canary Wharf Finance Tour. If you would like to experience and learn more about the development the two world’s most important financial centres contact us via contact@insiderlondon.com