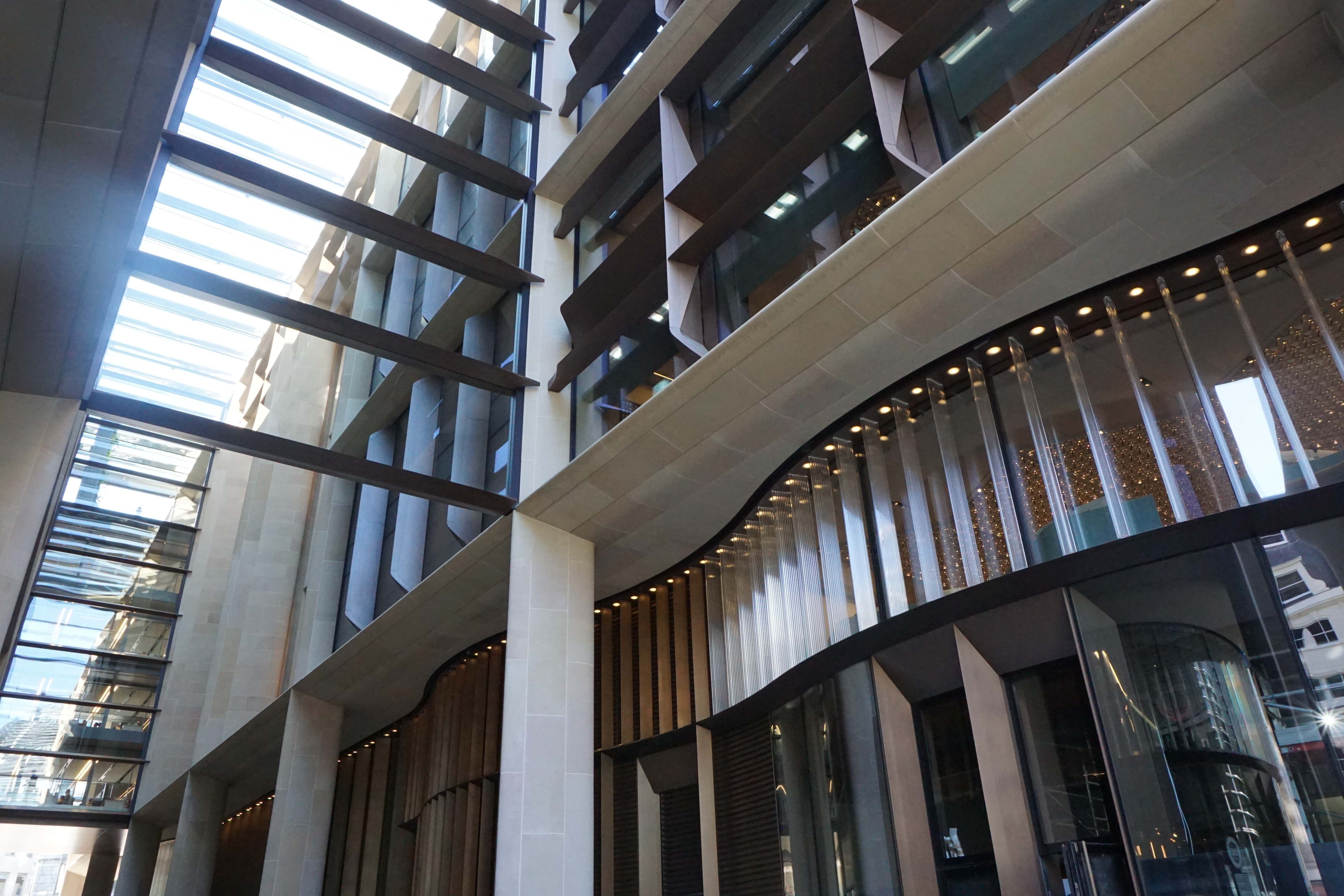 Several of our tours take us through the heart of the City and you can never be quite sure how people will react to the diverse range of architecture on offer in the Square Mile. However, one building invariably gets a positive response. The Bloomberg building only opened last year but it is already a clear favourite with clients. Comments vary but they are nearly always positive and the fact that Michael Bloomberg sees his European HQ as a magnet for potential employees, surprises no one.

Foster and Partners has contributed some striking buildings to the Cityscape (the Gherkin has been a favourite for years) and yet their newest addition is perhaps more surprising than any previous building simply because of its understated presence near Bank station in the very heart of the City.

However, this was not an easy project and took more than ten years to complete at a cost believed to be around £1bn. Although this is an eye-watering amount of money it is worth considering the sheer size of this building, or rather two buildings joined by bridges over Bloomberg Arcade. It can house 4,600 workers and offers about the same amount of space as No. 1, Canada Square, whilst only rising to ten floors. Michael Bloomberg, the former Mayor of New York and head of the Bloomberg media empire, has his own thoughts about the decade of development. “Some people say it’s because we had a billionaire who wanted to be an architect, working with an architect who wanted to be a billionaire.”

The City has always been a challenging location for architects and developers. High standards are demanded, sites are often frustratingly tight and then there are those Roman artefacts to consider. Early clearance of the Bloomberg site revealed around 14,000 artefacts, all of which had to be catalogued and cleared. Actually, some of these artefacts can be visited within the building at a dedicated space where the remains of the ancient Roman Temple of Mithras can also be seen. This temple was treated rather shoddily when first discovered in the 1950s and it is a testament to the sympathetic treatment of the site that it has finally come home.

There has been considerable thought to making this building work in the 3.2 acre site. The Derbyshire stone is the same used for the nearby Victorian magistrate’s court and the very fact that this building claims to be the largest stone structure in the City for 100 years is fascinating. Equally impressive is the sustainability score of 98.5% given to the building by BREEAM (the organisation that scores buildings in terms of their green credentials). Passive ventilation, vacuum flushing toilets and low-burning LED lights have all contributed to this score but perhaps the biggest surprise for people is the fact that they produce their own honey from beehives on the roof.

Michael Bloomberg has been outspoken about Brexit and believes it to be the wrong direction for the UK. Fortunately for the City the referendum came too late for him to choose an alternative site for his European HQ and when a client recently asked if he might threaten to leave London, you could only cross your fingers and hope that the prospect of leaving this wonderful building would make that idea a non-starter.

For further reading Rowan Moore has written a fascinating article about the Bloomberg building which can be found here.