Chinese use of bamboo dates back 7,000 years; as a versatile materiel, a potassium-rich ingredient and a plant of symbolic significance in Ancient culture. The use of bamboo in construction, cuisine, medicine and materiel goods has long been commonplace in China and other Asian countries such as India, the second largest grower of bamboo in the world. Perhaps less well known is the prevalence of bamboo in Sub-Saharan Africa, and the Americas, where the resource has been put to similar use.

Europe is not blessed with natural bamboo growth and has been late to catch on to the potential of this remarkable grass. Nevertheless, the twenty-first century is witnessing a universal heralding of bamboo as a vital, sustainable resource for all and a partial solution to some of the world’s greatest problems. The International Network of Bamboo and Rattan (INBAR) which was set up in 1997, works to promote the use of bamboo, and rattan, for economic and environmental benefit, specifically applying the plant to the UN Sustainable Development Goals. This inter-governmental organization, whose members include 18 African nations, values the global bamboo economy at $60 billion a year.

The sustainable potential of bamboo is clear with regards to deforestation. Bamboo is the fastest growing plant on earth with growth to maximum height completed within a single growing season. Some varieties grow more than 1 metre per day and reach a total height of up to 30 metres. Bamboo plants, furthermore, convert about 35% more CO2 into oxygen than a regular tree. Referred to by a UN source as “Africa’s Untapped Potential”, the grass offers a wealth of income opportunity for rural communities around the world, from China to Sub-Saharan Africa. 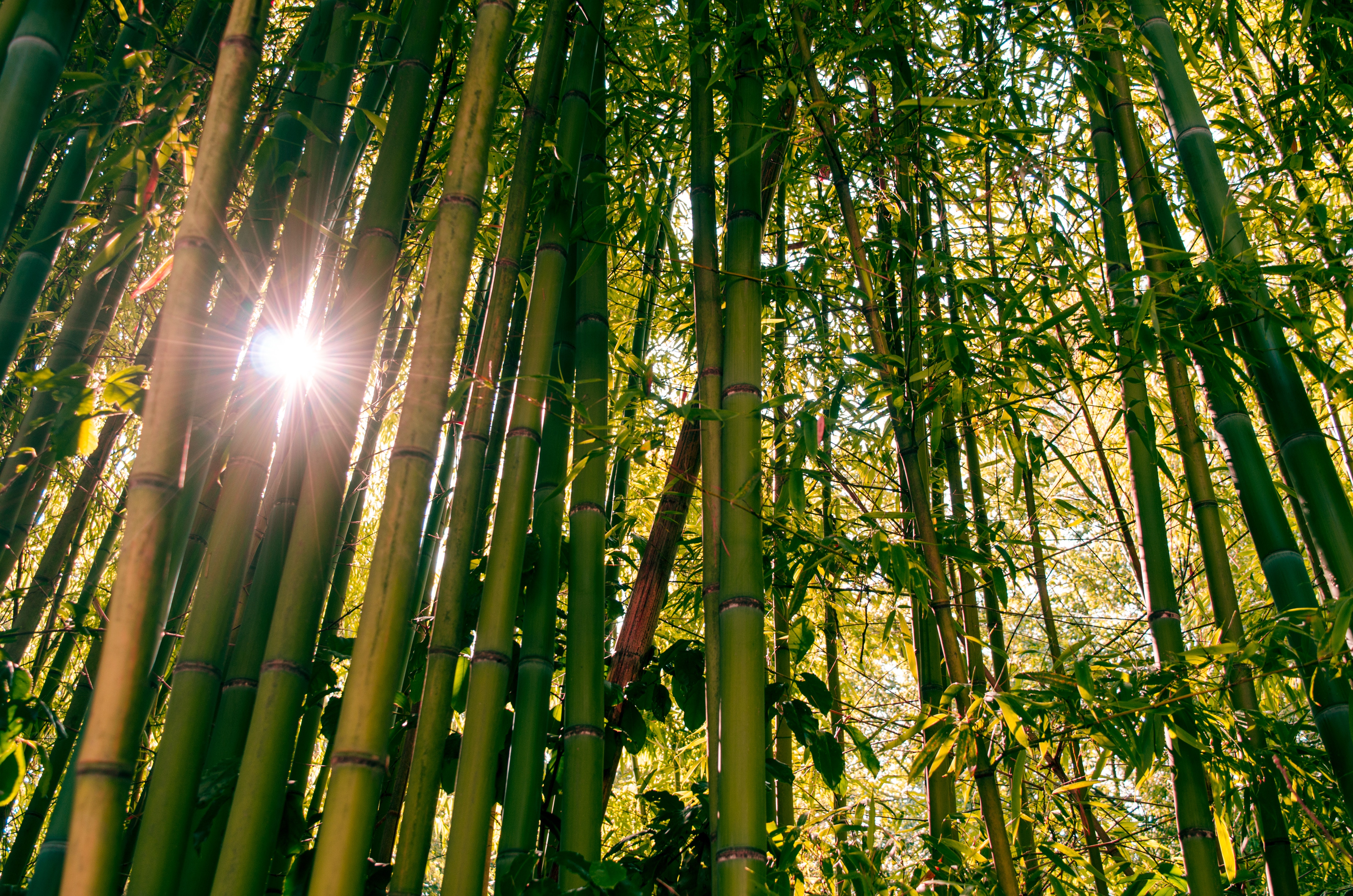 In the West, the usage of bamboo in architecture is gathering increasing attention. Neil Thomas, founder of the London engineering office, atelier one and creator of stages for Pink Floyd and The Rolling Stones, refers to bamboo as almost the ideal building material. He explains that, as well as its amazing regrowth potential, the tightly packed fibres make for a dense materiel which along with the plants tubular shape, contribute signficantly to the plant’s strength. He is not alone as an outspoken advocate for this very hard and tough, yet lightweight grass. Recent years have certainly seen a wealth of new bamboo structures erected world-wide from Venetian pavillions to Brazilian ampitheatres and Thai sports halls. There is now an international school, Bamboo University, led by engineers, scientists and local craftsmen in Bali, which has been established to teach professionals about bamboo’s practical potential.

Finally, in the wake of recent public and political will to reduce plastic consumption, bamboo offers an exciting alternative for daily goods. Whilst there has been the odd product in Western history, such as the 1894 patent of bamboo bicycles in the UK, such designs are now being revisited and revamped for the twenty-first century. New biodegradable bamboo products are launched daily to replace single-use plastic. Current products hitting the shelves include a choice of bamboo toothbrushes, bamboo combs, bamboo kitchenware and GoReusable’s bamboo eco coffee cups. As China witnesses the widespread uptake of bamboo straws, this grass offers an effective tool in this year’s ongoing “War on Plastic”.

To explore the highs and lows of London’s sustainability drive, join us on our Sustainable London Walking Tour