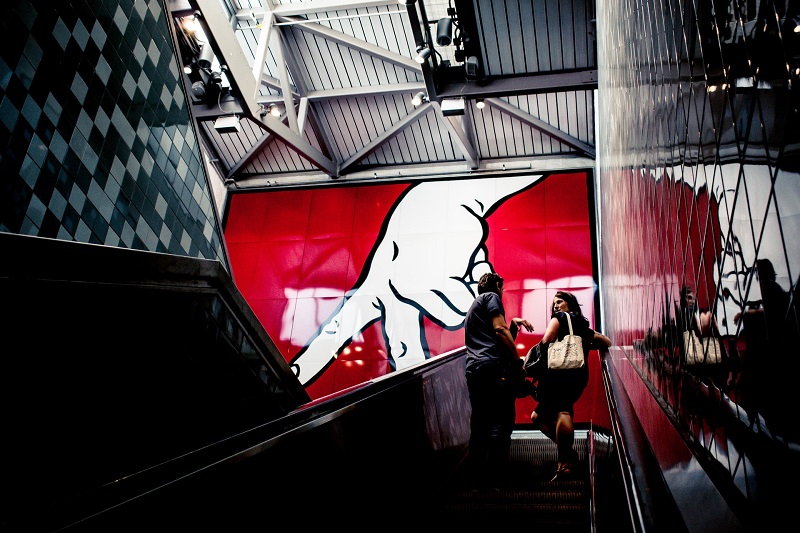 The role of art in an area’s regeneration or gentrification is a much-studied and much-debated topic. The simplified blueprint for urban gentrification often begins when an area becomes “arty”.

Artists are often trailblazers and will move into a poor area – attracted by affordable prices and a certain authenticity of place. The relationship between the YBA’s (Young British Artists) and East London’s Hoxton in the 1990s is perhaps the most famous example in the capital. This artistic and cultural boost is then soon followed by the arrival of big money and the rest, as they say, is history. The potential negative next step in this urban evolution is the area risks becoming sterile as artists, along with many local residents, are pushed out by skyrocketing prices.

So how can planners ensure there is a platform for its artists? And how can public art contribute to regeneration?

We look at two examples of London regeneration projects: Kings Cross and the Olympic Park.

A hallmark of the Kings Cross Regeneration project was the opening of the Central St Martins campus with over 5,000 art students embracing the area. In terms of culture creation the move certainly changed the vibe, alongside the arrival of commissioned art installations. The most successful of these had interactive elements to allow the public to engage with them. Great examples of this include the Kings Cross “birdcage” (official title being the IFO – identified flying object which includes an ever-popular hanging swing in the centre and Camille Walala’s “House of Dots” - collaborated on by no less than 180 school children and encouraging visitors to create their own patterns. 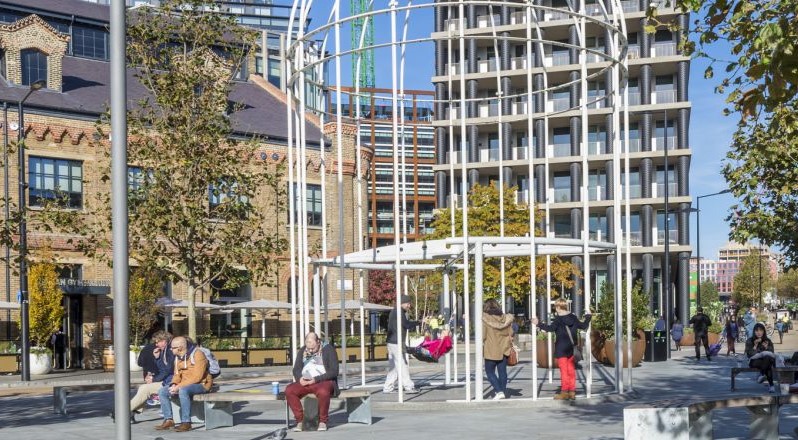 The IFO at Kings Cross

The Olympic Park will soon play host to art schools including the London College of Fashion. Importantly, among the cultural institutions moving in to this area is the V&A which intends to open a second free-entry site to display its stunning collection. In terms of the pre-existing artistic community which has been thriving in Hackney for years, in the north of the Park the Trampery on the Gantry provides sustainable, modular studios for artists. 80% of these studios will be reserved for creative businesses based in Hackney Wick and Fish Island.

As our city transforms before our eyes, we invite you to explore not only London’s amazing regeneration projects but also to explore its creative havens.

We present our brand new partnerships with leading artists at Islington’s magical Chocolate Factory as well as with a fully ethically approved London textile factory – get in touch via contact@insiderlondon.com to find out more.