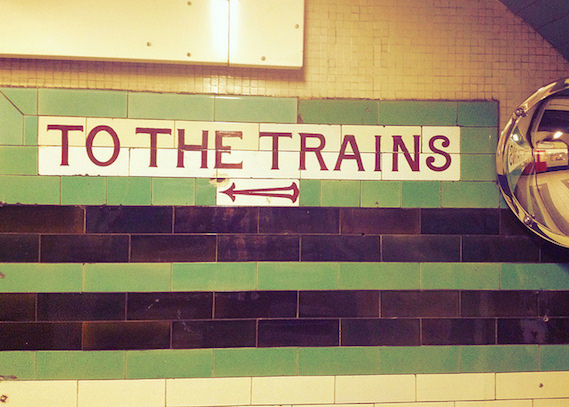 Perhaps the most typical form of commute. Image Credit: A View from the Interior

At their heart, all major cities have a network of transport links that keep the city and their inhabitants moving. London has always been adept at building innovative infrastructure that serves its inhabitants needs. As London’s population soars, new and ingenious modes of transport are devised that are as diverse as the needs out of which they were born.

Some forms of transport are slightly more unusual than your average 8:05 from Woking to Waterloo, and we at Insider London have compiled a list of 10 unusual transportation methods that either exist or have existed in modern London. 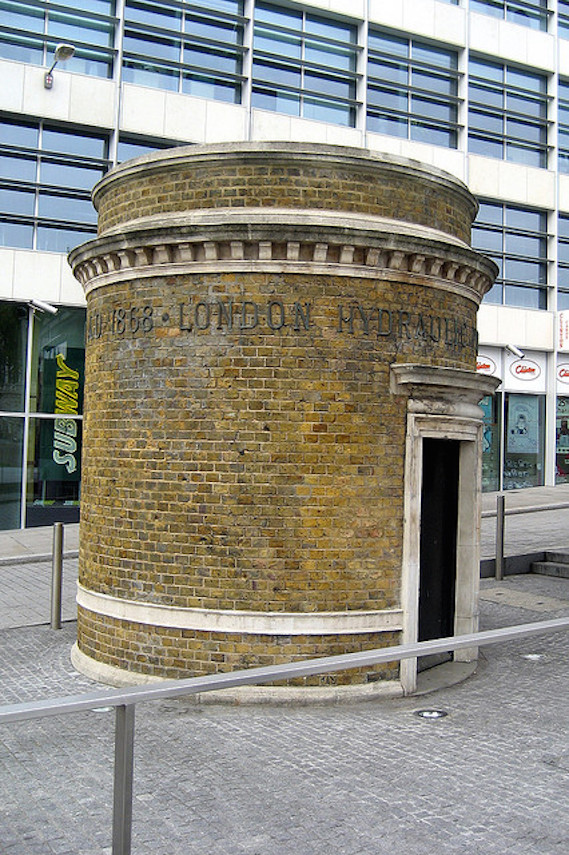 Prior to the opening of Tower Bridge, river crossings around the Tower of London were fairly limited. The main method for those wishing to cross the Thames was to use Tower Subway- a 410 metre metre tunnel running underneath the river. The subway was crossed by 1 million pedestrians a year, who paid half a penny for the privilege. It closed in 1898, following the completion of Tower Bridge and is now used for water mains. Of the two former above ground entrances, only the northern entrance still exists near the Tower of London. 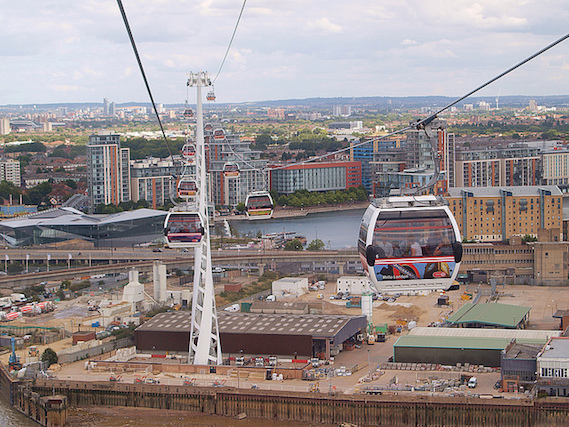 Catch Some Air On The Emirates Airline. Image Credit: Roy

Linking Greenwich Peninsula with the Royal Victoria Docks and taking in regeneration zones in varying stages of completion, The Greenwich Emirates Airline is London’s first, and only cable car system. It could be harshly labelled as a glorified tourists attraction. Promoted as part of a solution to the river crossing woes in East London, it has its own ticketing system, separate from Oyster Card and Travelcard fares, making that connection to North Greenwich Tube ever more expensive. It has been struck by declining passenger numbers and has closed more than 350 times in the first two years of operation. The views are top notch mind. 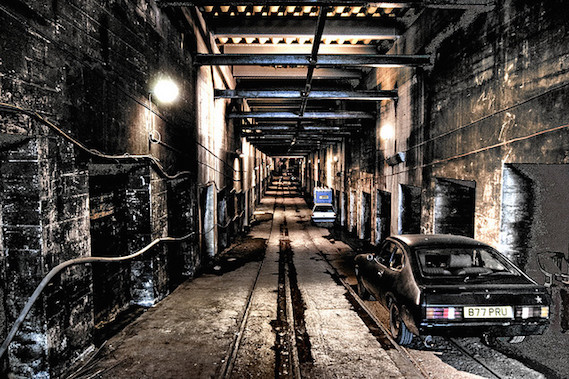 The Only Tram Tunnel of its Kind in the UK. Image Credit: David Merrigan

The Kingsway Tram Tunnel is a Grade II Listed cut and cover tunnel, completed in 1906 to serve the newly laid out Kingsway and Aldwych boulevards in Holborn. It was the only underground tram tunnel of its kind in the UK. The tunnel and the roads above ploughed through densely packed slums during late 19th century slum clearances. The withdrawal of trams from London’s streets following the introduction of diesel buses in the 1940s led to the closure of the tunnel in 1952. it reopened as the Strand Underpass in 1964. 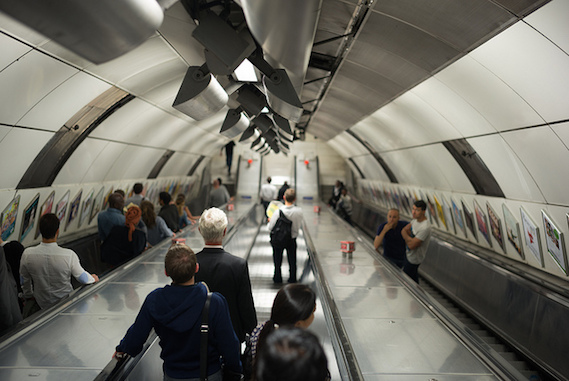 Ok. So 4 million of us use it pretty much everyday,  but imagine being the person who first proposed placing a railway service underground in a vast network of lines linking the city. That would’ve made a pretty interesting board meeting. It’s also commendable how fast we built the network, compared to the lethargic progress made over the last 50 years. The Underground network was so revolutionary that cities across the world scrambled for their own underground, even naming it after our railway company – The Metropolitan Railway, becoming the ubiquitous ‘Metro’ system. 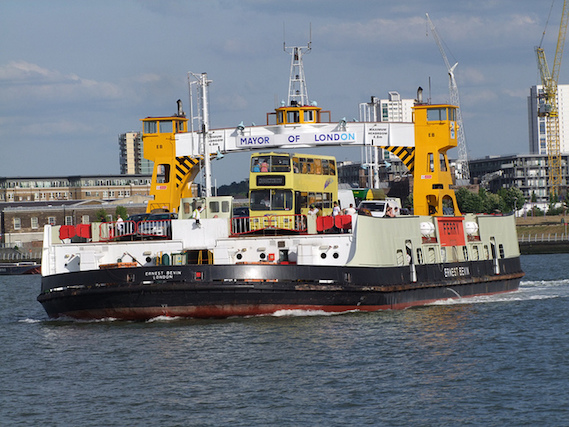 One of the Few ways of Crossing the River in East London. Image Credit: Cycling Shepherd

Woolwich Ferry is a free vehicle ferry service connecting Woolwich in South East London to North Woolwich in East London. It is part of a historical ferry service that has operated from Woolwich since the 14th Century, with the today’s free service opening in 1889. Traffic increased with the advent of the car during the 20th century, and today two million passengers a year use the service. Although foot traffic has dropped due to an extension of the DLR to Woolwich arsenal, the Woolwich Ferry is a part of daily life for many East/South East Londoners deprived of proper crossings eastside of town. But hey, it’s either this or jumping in the car and joining the bumper cars stuck in traffic in Blackwall Tunnel! 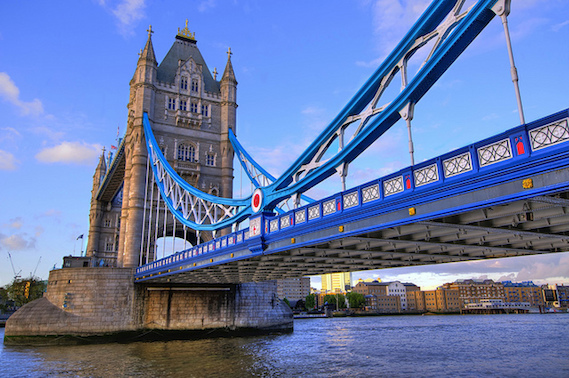 The high level walkways of the world famous Tower Bridge are now a tourist attraction, complete with glass floors and yoga classes, rather than a means of transport, much to the chagrin of those forced to wait for the bascule bridge to open! Until their closure in 1910, the walkways were a veritable stomping ground for Londoners and their beloved ladies of the night…and their not so beloved pickpockets! 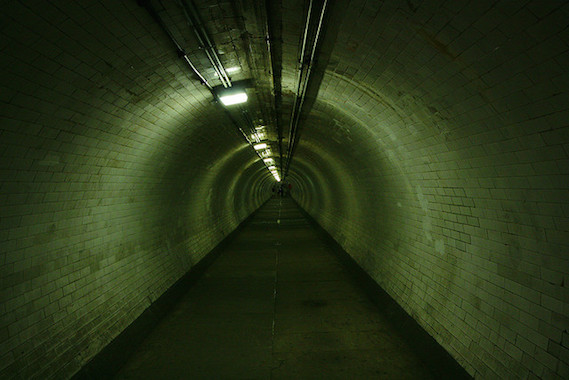 Greenwich Foot Tunnel is one of the few options for crossing the Thames in East London. Image Credit: Neiljs

Greenwich Foot Tunnel links Cutty Sark to Island Gardens and is used by around 1.2 million pedestrians a year. At 370 metres long and at a depth of 15.2 metres, you almost forget that you’re still in the heart of a bustling city as you leave the crowds of Greenwich behind. 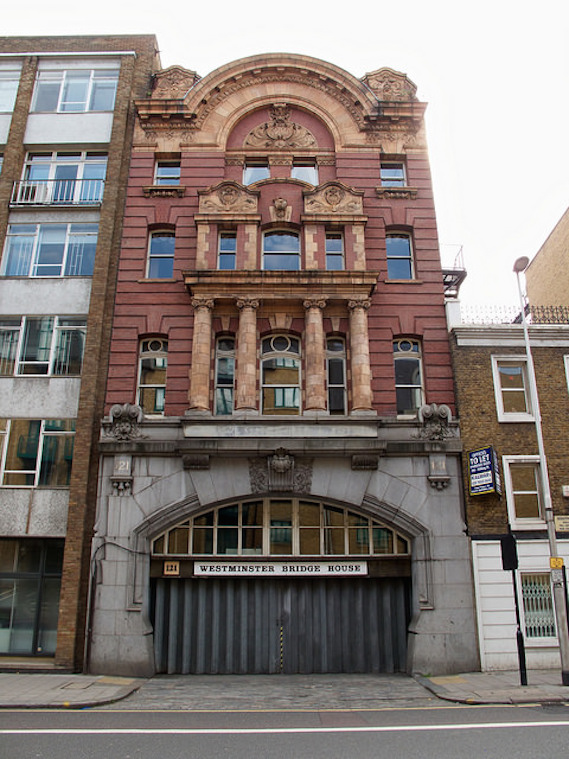 London’s Necropolis Railway was built as a direct response to a chronic shortage of burial space in Victorian London, with the reuse of cemeteries and the accompanying disease a common problem.  The man with the plan was Sir Richard Broun, who in 1849 bought a large tract of land 25 miles away from London in Brookwood, Surrey. The plan was to build a cemetery far enough away from London to avoid the health hazards and to provide cheap burial space. The newly opened railway line from London Waterloo to Southampton was a practical line in which to transport coffins and mourners to the cemetery. The station was equipped with private waiting rooms, a hydraulic lift to raise coffins to platform level. Railway arches were used to store bodies.

Almost fifty years after opening the station was moved to a site on Westminster Bridge road to facilitate the expansion of Waterloo Station. Bomb damage in 1941 rendered the station and its tracks unusable and the Necropolis Railway was buried for good. 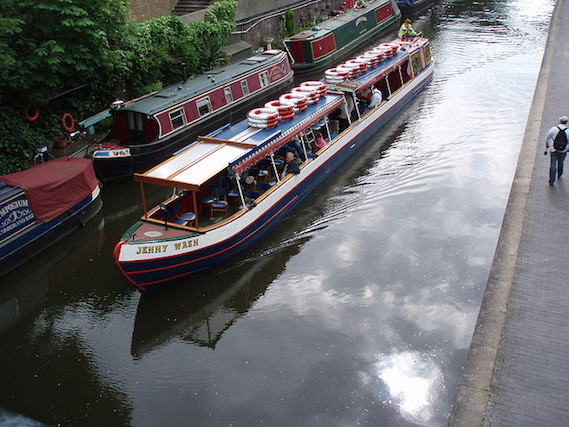 The Waterbus Company runs a tour via the Regents Canal. Image Credit: Megatick

Once again, more of  leisurely cruise than belonging to a commuting scrum, but it is a good way of taking in large parts of the 14km waterway that is the Regent’s Canal. Often overlooked by many as a form of transport, the Regent’s Canal was once at the heart of London’s industry, literally powering the city with its coal imports. The Waterbus company is another tour company that takes to water, travelling along historic routes, taking in Regent’s Park and Camden Lock Market.

At Insider London, we prefer to stick to our feet when walking the capital but that’s no bar to discovering unusual spots around the capital. Why not come and join one of our London Underground and Tube tours to find out more quirky facts about London’s transport system?