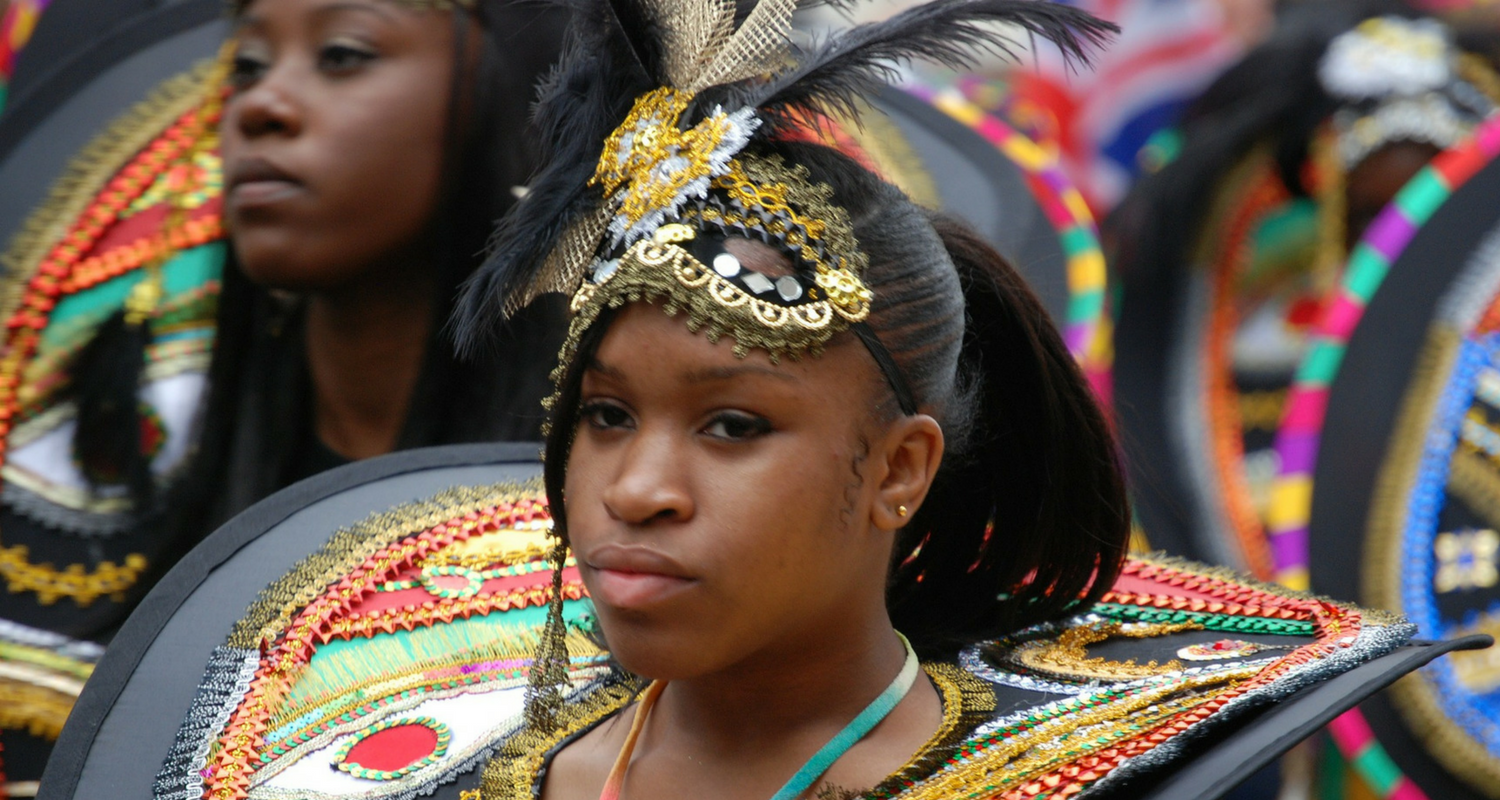  \ It’s nearly that time of year again- Notting Hill Carnival time! Every year since London’s Notting Hill has played host to an array of colourful street dances and music performances. And 2017 is set to be no different. And to get you in the mood for the carnival (which takes place August Bank Holiday Weekend) why not take a look at the below facts about the infamous Notting Hill Carnival.

\ 1. Behind the carnival in Rio de Janeiro, Notting Hill is the second largest in the world.

\ 4. In addition to the 2 million attendees that flock to the street of Notting Hill every August Bank Holiday.

\ 5. Every year there are around 15,000 costumes on display. Of all shapes, sizes and colours.

\ 6. Mas Bands (otherwise known as Masquerade bands) can get pretty big and take a lot of co-ordination and planning. There can be between 30- 300 people take part in each Mas costume band.

\ 7. On Sunday you may see some carnival goers to slap anyone close to them with melted chocolate. Don’t worry- it’s tradition!

\ 8. There is lots to see and do. There are 70 performing stages, 10 steel pan bands and over 40 sounds systems. All playing a mix of Soca & Calypso, Reggae, House, Dub and Funk music.

\ 9. It’s a family event too. Typically Sunday is the best day to bring children to the event as it remains more child friendly.