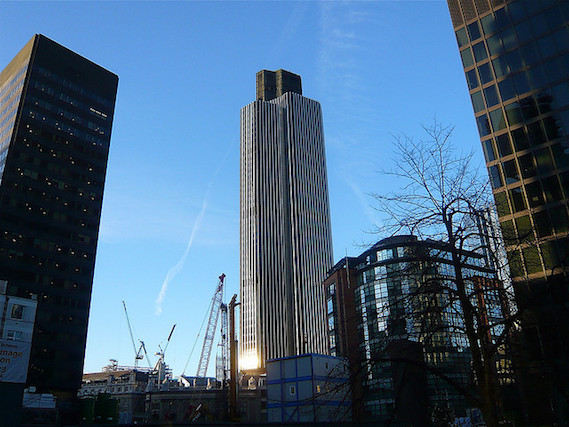 Tower 42 in all its glory. Image Credit: Herry Lawford

Following on from the news that Tower 42 will not be joining an inventory of postwar buildings recently listed by English Heritage, we’re giving you ten great facts about one of the best lesser known skyscrapers in London. When the sun gleams on the vertical cladding stripes, you can imagine the building matching the pinstripe suits worn by City workers when it was first built. If that makes it sounds slightly old fashioned, then it is true that Tower 42 is frequently overshadowed by its newer neighbours, but that makes it no less interesting and a figure of the City skyline. Unfortunately, its death knell has potentially been sounded after a review concluded that the building doesn’t retain enough of its original features to make it a heritage asset worthy of listing and, although there are no plans to redevelop the building, this decision paves the way for major changes. Before that day comes however, here are ten fascinating facts to commemorate one of London’s first true skyscrapers. 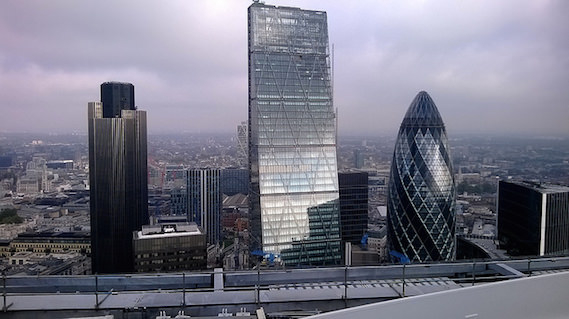 Tower 42 was London’s first ‘true’ skyscraper, now it is one among many. Image Credit: Kim Rickwood

Although London gained Centrepoint, Millbank Tower, BT Tower and many other striking additions to the skyline during the iconoclastic post war period, Tower 42, at 181 metres, was London’s first ‘true’ skyscraper by international standards. It was a major departure from the previous restrictions on tall buildings in London and was thus controversial at the time. It remained the UK’s tallest building for over a decade, until the completion of Canary Wharf’s 1 Canada Square in 1990. It was also the tallest building in the city of London for 30 years. It  has since been demoted to the 3rd tallest skyscraper in The City of London. 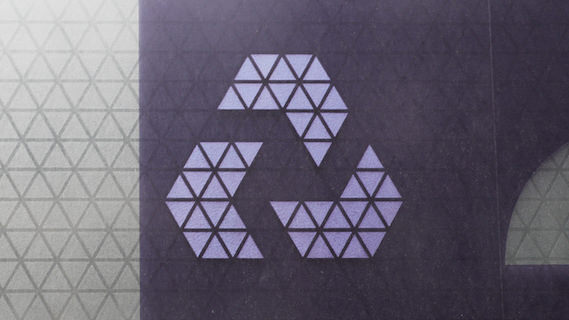 If you’re of a certain age (don’t worry, we won’t ask), you’ll know Tower 42 by its former name of The NatWest Tower, from the days when NatWest Bank were the tower’s inhabitants. The building employs a unique cantilevered floor plate design, starting at level 4. The floors are designed as three segments, or ‘leaves’, which when viewed from above correspond to the hexagonal arrangement of the three chevrons in The NatWest Logo. The architect Richard Seifert always stated that this was just a coincidence. Do we believe him? Nat a chance!

3. It Was Stuck in Planning and Construction Hell 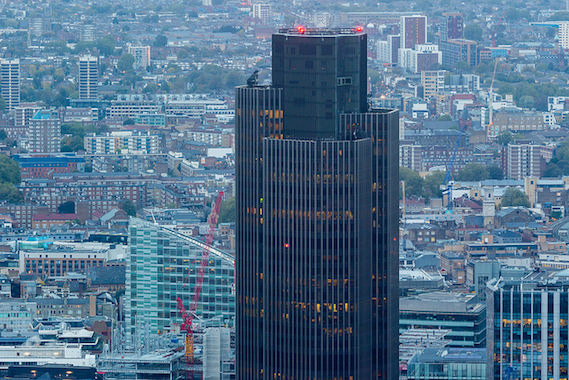 It took ten years for Tower 42 to get here. Image credit: Michael Garnett

Plans for a tower on the site were floating around from the early 1960s. Final plans for what ended up being built were drawn up at the end of the decade, with demolition and construction beginning in 1970 and taking a mind boggling 10 years to build. Note that the Shard, just under twice as tall, took four years to build, including the demolition of the previous building. Tower 42 is essentially a 1960s design – built throughout the 70s and finished in the early 80s. With the way The Pinnacle affair is turning out, this could be history repeating itself once more!

4.  We Could’ve Had a Very Different Design 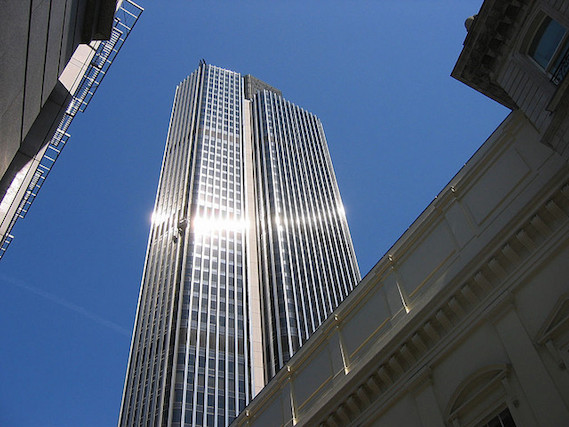 On sunny days the cladding has a golden sheen. Image Credit: Stuart

We could’ve had something very different. Early designs depicted a tower of 137 metres, which evolved into an 197 metre tower, proposed in 1964 by Richard Seifert. The understandably attracted opposition, partly because of the unprecedented height of the design and partly because of the proposed demolition of the 19th century bank building at 15 Bishopsgate.

5. Its Design Was Dated Almost As Soon As It Was Finished 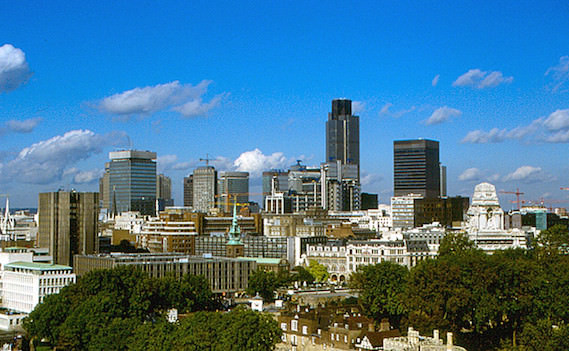 Tower 42 was once the sole inhabitant of the clear skies. Image Credit: Roger

One of the buildings most interesting facts is also a major drawback. The floors were cantilevered around a giant concrete core up until the 42nd floor, which gives the tower great structural strength but significantly limited the amount of office space available. Even though construction finished 6 years before the big bang – when large trading floors weren’t required – the limitations of the building were immediately apparent. As a result, NatWest decided not to locate its foreign exchange and money market trading operation, remaining in its existing location at 53 Threadneedle Street. Other international banking units remained at their locations due to lack of space in the tower. This was the result of a 1960s design taking over a decade to build, less big bang and more wet fart.

6. It Was Devastated by an IRA Bomb 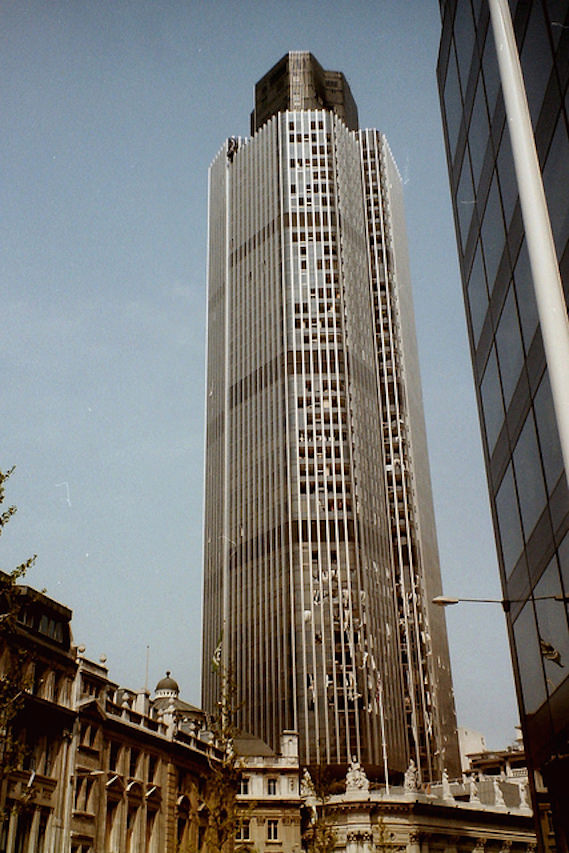 In April 1993 the IRA detonated a bomb on Bishopsgate, which killed one person and caused £1 billion worth of damage to the heart of the City. The NatWest Tower bore the brunt of the blast and was devastated. The ensuing and extensive refurbishment, including the replacement of all the external cladding, cost the bank £75 million. Ironically, this necessary rejuvenation unintentionally cost the tower even more in the long run, as it was recently rejected for listing for lacking original features. NatWest never moved back into the tower and it ended up being sold in 1998 for £226 million, and again in 2011 to a South African Businessman.

7. It Has One of London’s Tallest Lighting Displays 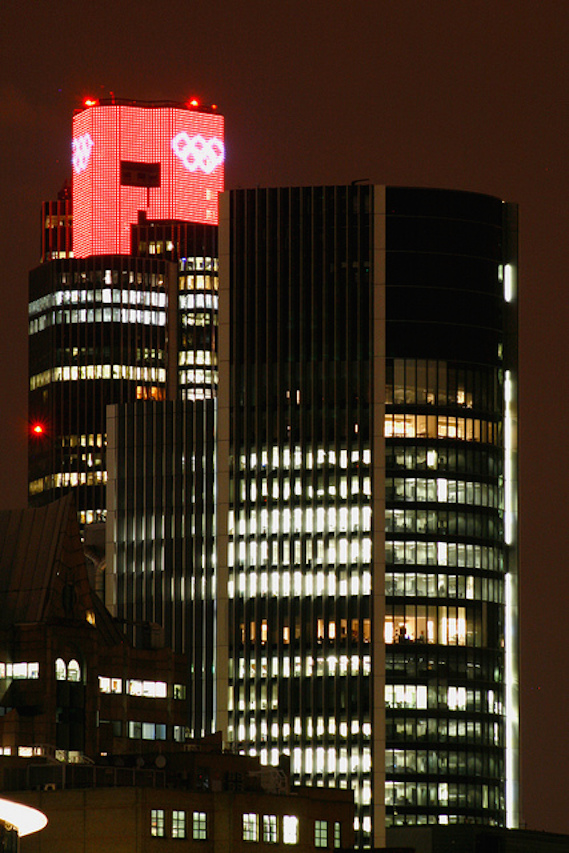 Taking one for the team. Image Credit: Michael Garnett

In June 2012, an LED multi media lighting system was installed around levels 39-42, replacing the previous high energy floodlighting at the top of the building. The system is formed of thousands of pixels mounted on a chain netting affixed to the surface of the building and allows a variety of lighting designs and colours to be displayed. It was completed in time to display the Olympic rings during the London 2012 Olympic Games and Paralympics. Piccadilly Circus in the Sky? The closest we’ll get to it this decade! 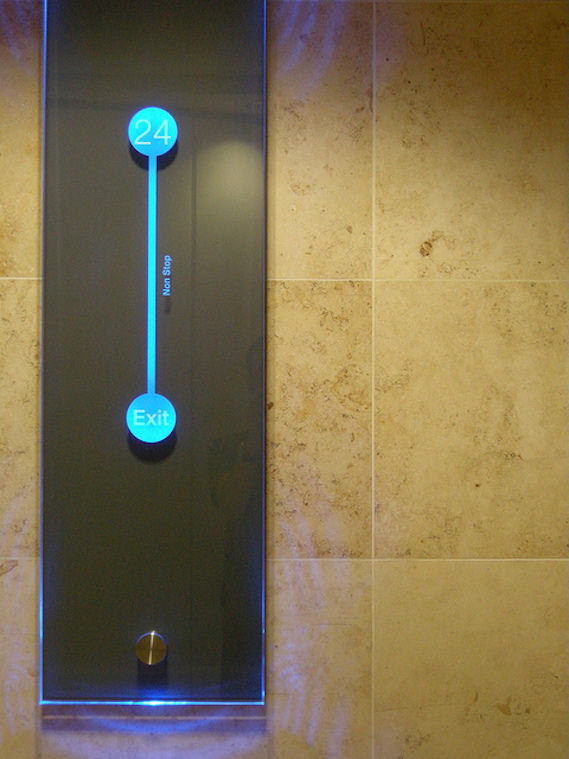 The building brought many innovative design features previously unseen in the UK at the time, including double-decked lifts, providing an express service between the ground/mezzanine levels and sky lobbies at levels 23 and 24. Other innovative feature included an internal automated ‘mail train’ for mail deliveries and document distribution, automated window washing system and computer controlled air conditioning.

9. Vertigo with a view 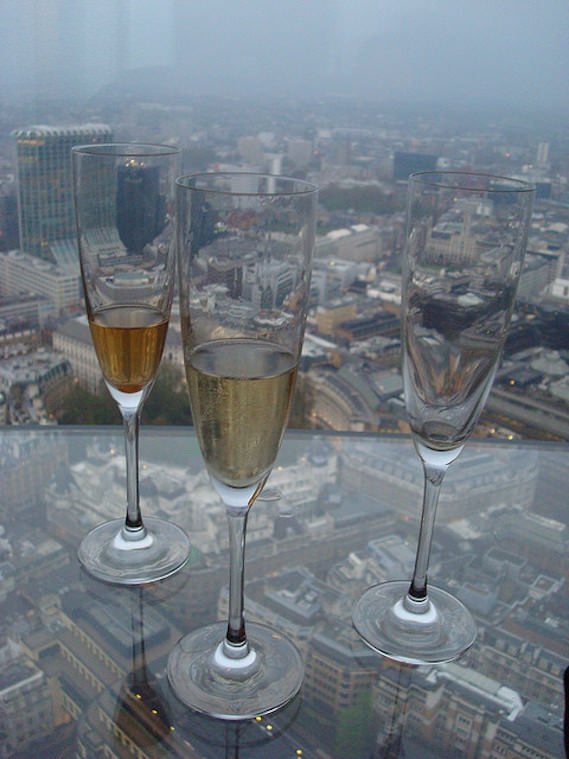 Tall, slim and likely to make you feel a bit dizzy. The tower’s views are something too!. Image Credit: Mishmoshimoshi

Vertigo 42 is a champagne bar located at the top of the tower on the 42nd floor, offering panoramic views over London and its landmarks. There is also a restaurant on the 24th floor, if the name of the sky bar is a tad off-putting for those with less of a head for heights!

10. It Still Has a Place in the Heart of the London Skyline 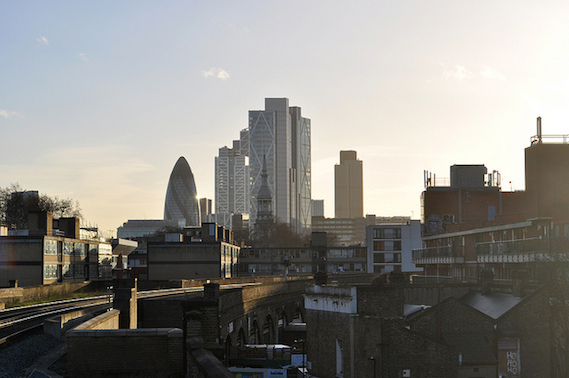 Although it just about manages to pip the younger and more recognisable Gherkin in the height by a mere 3 metres, it is the less favourable of the two with Londoners. It gets the last laugh however, as the Gherkin is increasingly disappearing behind new skyscraper developments in The City, with some calling for sightlines to be introduced to protect it. Tower 42, while its future may be uncertain, has lots of room to breath!